It’s no longer a major wonder that elderly people have a certain peculiar smell about them. Sometimes, when they try to use deodorant and fragrances, they can’t entirely mask this ‘grandparents’ scent. Most people think it’s because of their clothes, or hair, or perhaps, their sweat, but it’s not particularly any of these.

Even when elderly people get new designer clothes and take a run to the salon or spa, it doesn’t take long before the smell comes back. Scientists began to dig into this, several decades ago, and today, they’ve dug up an interesting explanation for this phenomenon. It’s a natural thing and nothing to be ashamed of if we all happen to wear this smell someday.

Where Does it Actually Come From?

As people advance in age, their rates of metabolism change drastically. The Skin is the largest organ in the body, which is significantly affected. Scientists and dermatological researchers have attributed this natural smell to the breakdown of certain chemicals below and on the surface of the entire skin. This is a catabolic reaction which releases odoriferous molecules into the atmosphere around elderly people. Several researchers have concluded that the most highly-secreted chemical causing this smell is a compound called 2-nonenal, released from the breakdown of fatty acids by oxygen.

Japan:
In the year 2000, researchers in Japan carried out several experiments and surveys and concluded that the secretion of this particular compound was much higher in older people.
Their main experiment was a fabric test, involving twenty-two persons between the ages of 26 and 75. Each test subject was given a shirt to sleep in, and all the shirts were of the same fabric. It was discovered later, that subjects over the age of 45 secreted a great deal of 2-nonenal more than their younger counterparts.

Philadelphia:
Neuroscientist Johan Lundstrom of Sweden, in the year 2012, led another ground-breaking experiment in Philadelphia. He delivered a speech at a home for the elderly. He stated that the smell hanging in the air was a lot like the same smell which hung in the air at an old people’s care home, where his mother had worked.

Forty-four people were the test subjects of this experiment, separated into three classes. Class A was for people between the ages of 20 and 30. Class B was for ages 45 to 50, and class C was for ages 75 to 90. Foam pads with high retaining power were stitched into the shirts of every participant, and they slept in these shirts for five days.

At the end of the procedure, the foam pads were collected and arranged in jars according to the age groups. A guessing game thus ensued. The youngest class of test subjects were asked to identify which age group had which jar. They quickly identified the jar of class C, because the old-people smell was impossible to miss, but they couldn’t tell classes A and B apart as easily. They also attested to the fact that the smell was stronger in foam pads from the male test subjects.

Other Causes of Old-person Smell

Another general cause of this smell is dehydration. Elderly persons naturally find it hard to consume the amount of water the body actually needs. Most elderly people consume very minute amounts of water daily. This concentrates all the excretions coming out from the body, causing this peculiar smell.

The constant medication which comes with old age can also cause the prevalence of this scent. Elderly people have to take drugs for several conditions ranging from diabetes, Alzheimer’s, discomforts of menopause, arthritis, to thyroid issues and lots more. These medications can go on for the rest of their lives, and this could cause them to wear a peculiar smell.

A lot of elderly people find it hard to take frequent baths, especially those suffering from rheumatism and arthritis. It’s not always easy to strain the muscles taking a shower, and there is the fear of slipping and breaking a hip or a shoulder. These limited trips to the shower could also cause them to develop a constant smell. 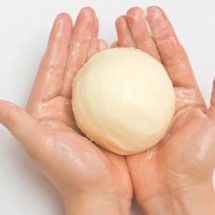 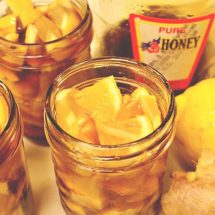 How to Make Honey Ginger Lemonade for Colds and Sore Throats 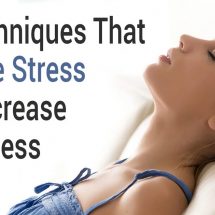