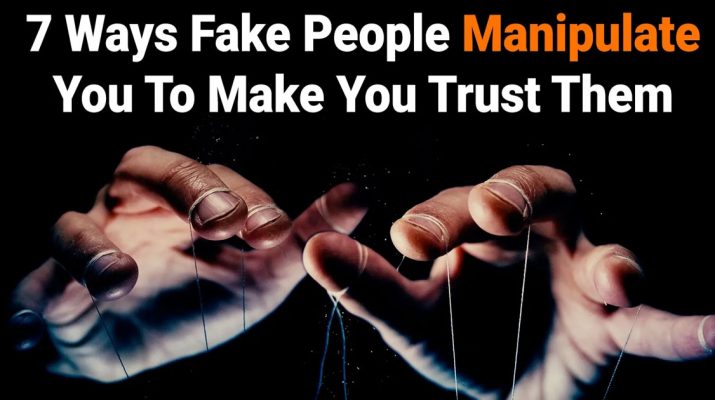 Have you ever been scammed, conned or betrayed? Did you become friends with someone who turned out to be manipulating you? Fake people have ways of earning your trust only to use it against you.

Author Maria Konnikova, who wrote the book The Confidence Game: Why We Fall for It… Every Time, said via The Cut that everyone is vulnerable to fake people especially if you’re going through life-changing experiences. Even positive changes can make you vulnerable because you’ll readily believe that anyone or anything is good. Take a look at some ways fake people try to manipulate you so you’ll trust them:

“Dealing with manipulation is all about reading between the lines and recognizing the lies for what they are.” – Unknown

1.    They Are Very Good Listeners

Fake people listen and listen well like the con artist that they are. In their conversations with a potential target, they are usually quieter and intent on hearing what you have to say.

Most people become victims of fake people because of their willingness to share information with someone who extends a listening ear. Victims often do not ask questions when they think the other person is truly interested in their thoughts or feelings.

Being a good listener is a skill that helps fake people build rapport with their victims. They pay attention, they don’t interrupt, and they repeat what you’ve said in their own words to show proof that they are listening. This active listening skill is so effective that the FBI uses this very tactic in hostage negotiations, according to Barking Up the Wrong Tree.

A fake person will further win your trust by showing his imperfections and flaws. A classic study from the journal Psychonomic Science showed that people are more easily trusting of someone who’s also vulnerable like them.

But fake people are also careful not to appear too vulnerable that it will hurt their credibility. They still understand the need to impress you and not set the alarm bells off.

A fake person will let you feel like a winner in the beginning. If they want you on their side then they have to give a taste of why it will be rewarding and positive to hang out or do business with them. So, they will dangle something you want to manipulate your emotions in the hopes that you’ll bite and make an impulsive choice that will favor them.

Popular  Woman Eats 30 Bananas A Day For Health And Longevity

A fake person will also start small when they are trying to manipulate you.

According to the AARP Fraud Watch Network, you must always pay attention to your body’s cues when faced with something exciting or too good to be true. For instance, during a sale’s pitch, if you’re feeling your heart racing faster and you’re already thinking of what you can do with the item, try to control yourself and get your bearings together.

Never decide something major under these conditions. If the fake person is showing you the good stuff but eventually asks for a loan from you, don’t say yes right away. Give it a few days and let the exciting prospect wear off. It might also be prudent to use this time to actually verify and check what your new “friend” is trying to offer.

4.    They Will Dress Well Because A Good Appearance Is Part Of The Con

Fake people will dress well and look good all the time to appear successful and legitimate. They do this to take advantage of that part in you that makes split-second judgments based on superficial ideals. People are apparently vulnerable to external cues like fashion and grooming. Fake people exploit this aspect in order to win you over.

As for getting a sense of legitimacy, fake people try to dress the part to convince their victims they are the real deal or worth the salt. This also bolsters their cover and fans out the con. Experts call this psychological process “enclothed cognition.”

Like magicians, fake people operate on misdirecting you and warping your perception. If your guards are down, you will blindly accept what you see as the truth. People have the tendency to trust visual cues when they don’t have enough information about the person they are dealing with. Often, these visual cues are not on the spot.

5.    They Have Social Proof Establishing They Are Who They Say They Are

A fake person will try to name drop a mutual friend, or someone famous, or a person with authority to establish their legitimacy as well. They will make it sound like they have a lot of influential friends. They also carry business cards and other credentials, albeit likely faked as well, to prove they are who they say they are.

Experts call this tactic social proof. All of us encounter this in how we deal with people every day. Social proof can be powerful since it taps on a person’s need to conform and belong. Name dropping, for instance, works because people can be easily impressed if they know someone or are friends with someone who’s kind of a big deal.

Popular  How to Teach Yourself to Be More Positive

This psychological phenomenon is especially ripe on social media, where a study revealed that the element of faking may sometimes be necessitated. People gauge a person’s credibility based on the number of friends or followers he has or the number of likes and views he gets from his posts. The pressure of social proof actually gave birth to fake followers, fake likes, and fake accounts.

Now, there are positive effects to using social proof if you have a business brand and you need to market your product. It’s not good, however, if you use social proof to con people and play with their emotions.

You’ve just met this person but your acquaintance seems to be moving on pretty fast. After a couple of emails and some private messages or phone calls, he’s suddenly in your circle. How did that happen?

Ever wonder why store discounts and sales only happen within a certain period? It’s the same principle with these fake people who are out to take advantage of you. They’ll push you to act on impulse. If you’re not careful, you’ll find yourself becoming the victim.

Fake people love to promise that “you will make a lot of money” if you do business with them. If they are romantically trying to woo you, they will use emotionally manipulative words that you cannot question because you’ll be the one who’ll come off as the bad person.

For instance, if you’re dating a guy you just met who suddenly needs money for a niece’s emergency medical service in another state, you would be very heartless if you ask for the medical bill as proof. You have no choice but to be charitable, give the money and be understanding of why he has to be away for a few days.

These people know the art of persuasion too well. However, you might be too charmed and under the spell to notice that their words are hollow and manipulative.

Fake people, especially in this Internet age, are unfortunately getting smarter and smarter every day. Worse, their actions might go unreported or unrecognized because the victims are too embarrassed to come forward and say that they have been duped.

While there are fake people who take advantage of others, don’t let their presence make you a cynic. There are still a lot of good people and positive things to experience in this world.

There Are Hormones In The Plant Food You Eat – Should You Worry? 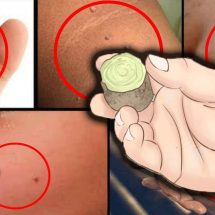 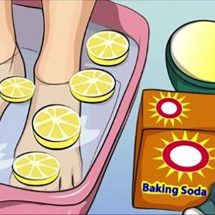 This Lemon Foot Soak Can Help Detoxify Your Whole Body