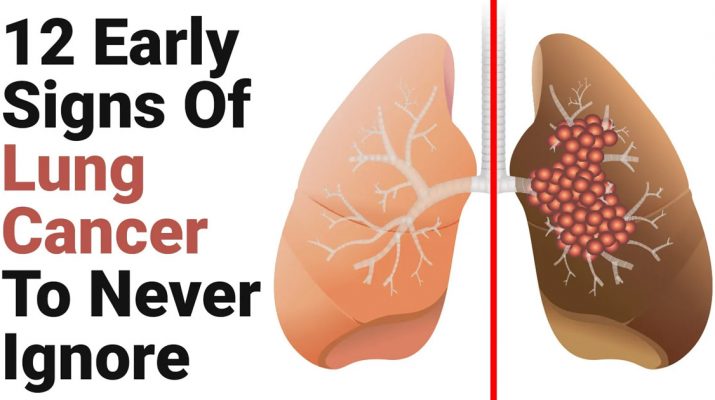 Lung cancer is usually not noticeable during the early stages. Most people are diagnosed when the disease is at an advanced stage. According to Cancer.org, it is the second most common cancer among men and women. The American Cancer Society estimates there were about 234, 000 new reported cases in 2018 with about 154,050 recorded deaths.

The disease is so far the leading cause of cancer death among women and men in America. Every year, more people die from the disease than all the other cancers combined. The disease mostly affects old people with the average age being 70. There is an insignificant number of people diagnosed who are below the age of 45.

The survival rate varies with the extent of the lung cancer. Even with the spell of doom once diagnosed with the disease, there are people who have been fully cured because of early detection. There are close to 430, 000 people living with the disease. In order to increase the chances of being cured, you need to be aware of the early symptoms.

This is usually the first major sign. You should seek medical attention if you have developed a cough that just won’t go away. Most coughs associated with respiratory functions should clear in a week or two. Any persistent cough that lingers could be a sign of an underlying problem.

Alex Li, M.D., deputy chief medical officer for LA Care Health Plan says, “You should also get help if your cough is causing fatigue by keeping you up at night, or if it’s otherwise affecting your ability to function normally”

Don’t dismiss that dry cough that has persisted for weeks. The doctor is in a better position to examine your lungs and administer X-rays if necessary to get to the bottom of the problem.

This is particularly important for people who smoke a lot. The changes usually manifest in chronic coughs. You could be coughing more often than you usually do. The coughs become hoarse and blood or mucus is involved. You should see a doctor immediately because the problem might be worse than you originally thought.

If you becomes easily winded or experience shortage of breath, there are chances that you could be having the disease. If it is cancer, the change of breath occurs because the disease narrows or blocks the airway. It could also be fluid from the cancer tumor accumulating in the chest.

You should be keen in noticing if there is winding or shortage of breath. It may be time to see a doctor if you find it difficult to breathe after going up the stairs or after performing simple chores.

The cancer may result in pain in the chest area, back and even shoulders. That aching feeling that you think is a result of coughing might not be the case. Any signs of chest pains should be a cause of concern and you’ll need to see the doctor immediately.  The type of pain is called Metastasis which accounts for almost 34% the pain that comes about as the result of the disease.

Popular  10 Things Every Woman Needs to Know About Breast Health

It could also be a result of the pan coat tumor which is positioned at the top of the lung. The spread of the disease to the chest wall accounts for 21% of the pain the patients experience.

Wheezing comes about as a result of the airway becoming inflamed, constricted, or blocked. Some of the causes are easily treated buy it may be because of cancer. It may not be allergies or asthma and that is why you need to see a doctor. The wheezing is associated with a late stage of cancer but that shouldn’t scare you from seeking medical attention.

Wheezing also causes dyspnea which results in difficulty in breathing. You might not experience this symptom during the early stages because it is not one of the early lung cancer signs.

You should see a doctor if there is a big change in your voice. Friends and family are in the in the best position to notice the big differences. A cold may also result in voice hoarseness but it usually clears within a week. If the symptom persists, it could be a sign of a bigger problem. The hoarseness comes about as a result of the cancer tumor interfering with the nerves that control the voice box or the larynx.

This is one of the clear signs that you may be having cancer of the lungs. If you have been having chest pains and all of a sudden start losing weight, it might be a big problem and the best thing you should do is to see a doctor immediately. Cancer cells use a lot of energy and you might find yourself losing more than 10 pounds in a very short period of time. Never assume a drastic loss in weight when you haven’t even been trying to do so. It could be a clear indication that you ‘re unhealthy.

Bone pain is another sign synonymous with lung cancer. The bone pain could be as a result of bone metastases which normally affects about 40% of people with advanced cancer of the lungs. As much as the survival rate for people with kind of cancer is going up, the number of people suffering from bone metastases is also rising. The pain gets worse at night or when there is an increase in activity or movement.

The metastases can result in considerable discomfort and pain. It can also lead to fractures which most likely will interfere with your daily activities thus reducing the quality of life. If not detected early, cancer can spread to the spine, pelvis, and the upper legs and arms. The cancer may also cause neck, arm and leg pain but it is not always common.

Always be keen with the aches you experience and explain them to the doctor whenever you go for the regular checkups because it could be one of the early lung cancer signs.

A constant headache could be one of the severe lung cancer signs. There is a possibility that cancer has spread to the brain. You shouldn’t be worried too much because not all headaches are associated with brain metastases. The lung tumor creates pressure on the superior vena cava. This is the vein that is responsible for moving the blood to the heart from the upper body. The pressure that comes, as a result, can cause headaches or migraines in severe situations.

Popular  Stop Buying Ginger. Here’s How To Grow An Endless Supply Of Ginger Right At Home

You’re likely to experience frequent lung infections such as bronchitis and pneumonia. This comes about as a result of the cancer cells blocking the airways. This could result in atelectasis which is the collapse of the lungs because of the blocking of the airways.

The correct term for the condition is called dysphagia and comes as a direct result of the impact of the tumor. Dysphagia increases the risk of food inhalation to the lungs which can make swallowing a challenging endeavor.The condition may also cause dehydration which leads to malnutrition and collapse of the kidney.

This is also one of the early lung cancer signs you need to be concerned about. Lung cancer affects the nervous system which is responsible for body coordination. Patients will experience involuntary muscle movements. The problem may lead to lung cancer diagnosis. It may also occur during treatment or even a couple of years after the treatment.

It usually begins with a pre-treatment evaluation. A biopsy is performed to ascertain that it is indeed cancer. Tests are carried out in order to determine the stage of the tumor. The tests include imagining and blood tests. The treatment option will depend on the stage of cancer.

Surgery: This is done to remove the lobe that is infected with the tumor. “Where surgery helps is where we call localized lung cancer that is the cancer’s within the lung and may involve a lymph node that is nearby the lung.

But once it extends beyond that area, surgery really doesn’t serve a role for that particular disease.” Says Doctor Thomas Varghese Jr, Program Director of the Cardiothoracic Surgery Fellowship at the University of Utah.

Surgery is the recommended primary treatment for patients with early-stage cancer. That is why you shouldn’t ignore those early lung cancer signs.

Lobectomy: This procedure involves the removal of a full lobe. It is generally accepted to use the procedure if the lungs are still in good condition. The affected area is removed together with the surrounding cell tissue.

Cancer can be managed if detected early. Most people assume that only smokers are at risk of getting it. There are several factors that could contribute to the disease. There are also chances of people under the age of 45 getting cancer. Regular checkups and looking out for the symptoms will ensure detection at the earliest. 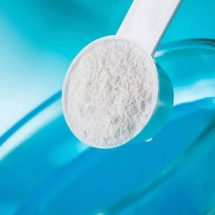 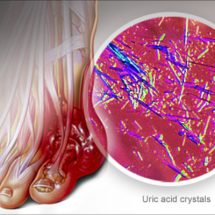 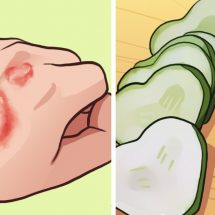 Don’t Feel Embarrassed by Eczema. Battle It With These 6 Home Remedies