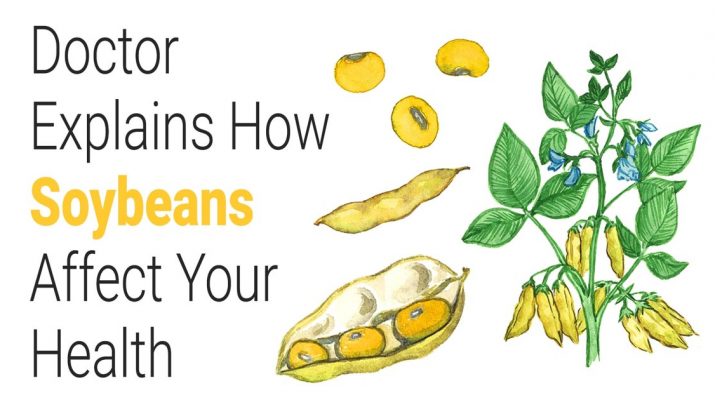 Soybeans are a legume type that is native to eastern Asia. They are a crucial component of Asian food and have been eaten for centuries. Currently, they are being grown in Asia, North America, and South America.

There is a broad spectrum of soy products including soybean oil, soy sauce, tofu, soy flour, soy sauce, and soy protein. Soya beans have phytonutrients and antioxidants that are related to a variety of soybeans health benefits. But there are still concerns regarding its adverse effects.

Here is what happens to your body when you eat soya beans.

Cancer is a top death cause in the current society. Consumption of soy products is related to increased tissue in the breasts in women, which hypothetically heightens the likelihood of breast cancer. But the majority of observational research shows that eating soy products can reduce cancer risk.

Studies also reveal that soya beans protect men against prostate cancer. Some soybean compounds like lunasin and isoflavones can result in the prevention of cancer. Being exposed to isoflavones from early in life can be especially protective against late-life breast cancer.

However, it is great to note that these results are based on observational studies that show a link between soybean consumption and prevention of cancer, but they do not prove causation.

Osteoporosis features a reduction in the density of bones and a heightened likelihood of bone fractures, particularly in older ladies. Eating soya beans can minimize the osteoporosis risk in women who are experiencing menopause. These soybeans health benefits appear to be caused by isoflavones.

3. Eradication Of Symptoms Of Menopause

Menopause is a period in the life of a woman when menstruation halts. It is often linked to unpleasant symptoms like hot flashes, sweating, and mood swings that result from minimal levels of estrogen. Interestingly, women in Asia, particularly Japan, have a less likelihood of facing menopause symptoms than women in the West.

Dietary habits like increased consumption of soybeans and soy products in Asia is the reason. According to research, isoflavones, which is a phytoestrogen family present in soybeans can assist in alleviating the symptoms.

Soy products do not impact all women in this manner. They appear to be effective in equol producers, who are individuals who have a kind of gut bacteria that can convert isoflavones into equol. Equol is linked to numerous soybeans health benefits.

Daily consumption of 135 mg of isoflavones each week, which is equal to daily consumption of 68 grams of soybeans, can reduce these symptoms in equol producers only. While hormonal therapies are conventionally utilized as menopausal symptoms’ treatment, isoflavone supplements are broadly used now.

4. Can Assist In Lowering Cholesterol

But researchers noted that soy supplements lacked the same cholesterol-lowering impact as consuming soy foods. Other studies showed that an average soy consumption of 47 grams each day was related to a 9.3 percent decrease in overall cholesterol as well as a 13 percent reduction in LDL cholesterol. Fiber appears to be an important nutrient in the cholesterol-reduction impacts of soybeans.

A particular study consisting of 121 adults who had high cholesterol consumed soy protein of 25 grams without and with soy fiber for two months. The fiber-rich soy decreased LDL cholesterol more than two times as much as the other option without fiber.

Soya beans can boost fertility outcomes in females who are undergoing fertility treatments or those who are attempting conception. According to a study of 36 females who had not experienced menstruation in half a year, those who ingested six grams of black soya bean powder every day had higher ovulation rates and menstrual cycles than the control group.

Another research consisting of 200 females obtaining treatments of in vitro fertilization discovered that those who consumed a daily dose of 1,500 mg soy phytoestrogen experienced higher implantation rates and pregnancy than the control group. Another study revealed that soy offered protection against BPA, which is a plastic-based chemical that negatively affects fertility. Females who consumed soy prior to IVF had a higher likelihood of having a successful pregnancy than those who did not.

Moreover, soy consumption by males does not appear to inhibit pregnancy rates in the females getting IVF.

Soya beans are a vital protein source. When you consume sufficient proteins, your metabolic functions and the general system will improve. Proteins are the primary building blocks of blood vessels and cells and are hence vital to your growth.

Proteins from soya beans enable cell regrowth when they enable replacement or repair, as well as proper health. It can be hard to get sufficient proteins when you consume a vegan or vegetarian diet. Hence, soya beans offer an excellent alternative for proteins that are typically acquired from fish, dairy products, chicken, eggs, and red meat.

Soya beans are a source of unsaturated fat that is healthier and that assists in the reduction of overall cholesterol. This lets you avoid conditions such as atherosclerosis that can easily result in stroke and heart attacks. This is according to a study by the University of Kentucky’s Dr. James Anderson.

Moreover, particular fatty acids are significant for a healthy heart, including linolenic acid and linoleic acid. These fatty acids are present in soya beans and assist in the regulation of proper levels of blood pressure and regulation of smooth muscle function. What’s more, soya beans’ fiber has been proved to minimize levels of cholesterol in the body by removing excess cholesterol from the arterial and blood vessel walls.

Fiber is one of the most lacking nutrients in numerous individuals’ food, but it is found in high levels in soya beans. It is a critical part of a healthy lifestyle, especially when it comes to the gut. Fiber adds bulk to your stool to make it move smoothly through the gut.

Additionally, it triggers peristaltic motion, whereby the smooth muscles that push food via the gut contract. Fiber is essential since constipation is a serious condition that can result in severe issues such as colorectal cancer.

According to the American Dietetic Association Journal, soya beans have high levels of nutritious legumes. Iron and copper are two minerals that are found in plenty in soya beans, and they are critical to red blood cell formation.

When you have proper levels of red blood cells, essential body organs can obtain the oxygen and blood flow they require for optimal functioning. This increases levels of energy and maximizes metabolic activity, while also preventing hazardous diseases such as anemia.

Side Effects Of Soya Beans

Food allergy is a typical condition that results from a serious immune reaction to particular food components. Soy allergy is usually stimulated by soy proteins like conglycinin and glycinin that are present in soya beans.

Although soya beans are a popular allergenic food, soy allergy is not common in both adults and children.

Like a majority of other beans, soya beans have insoluble fiber that can result in diarrhea and flatulence in sensitive people. Even though these side effects are not unhealthy, they can be disruptive.

Soya beans are found in fiber class referred to as FODMAPs. The fibers stachyose and raffinose can worsen symptoms of a common digestive disorder called IBS. In case you have IBS, limiting or avoiding soya bean consumption can be ideal.

High consumption of soya beans in certain individuals can lead to thyroid function suppression and result in hypothyroidism, which is a condition that features low thyroid hormone production. The thyroid is a massive gland that controls the rate of energy expedition by the body as well as regulating growth.

According to research, the isoflavones present in soya beans can suppress thyroid hormone formation. A Japanese study revealed that consumption of 30 grams of soya beans daily for 12 weeks could result in signs linked to suppressed thyroid function, including thyroid enlargement, constipation, discomfort, and sleepiness.

Research involving adults who had slight hypothyroidism discovered that daily intake of isoflavones for eight weeks caused thyroid function suppression in 10 percent of the adults. However, the quantity of the consumed isoflavones was tiny; about eight grams per day.

Over 90 percent of soya beans produced in America is genetically modified. There is a lot of debate and controversy when it comes to the consumption of GMO foods. Research is being carried out to determine their impacts on people and the quantity at which they are safe.

If you are looking to boost your metabolism, fertility, bone health and enjoy other soybeans health benefits, then this legume will suit your diet. However, be keen on the quantity consumed since particular quantities lead to adverse effects like soy allergy, thyroid function suppression, and more.

Soya beans are easy to incorporate into a diet. You can boil them before frying and include them in your vegan diet. Even better, there is a myriad of soy products in the market for you. 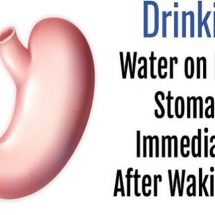 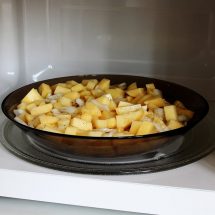 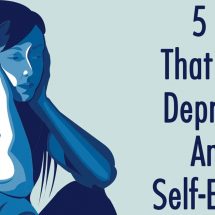 5 Habits That Cause Depression And Low Self-Esteem