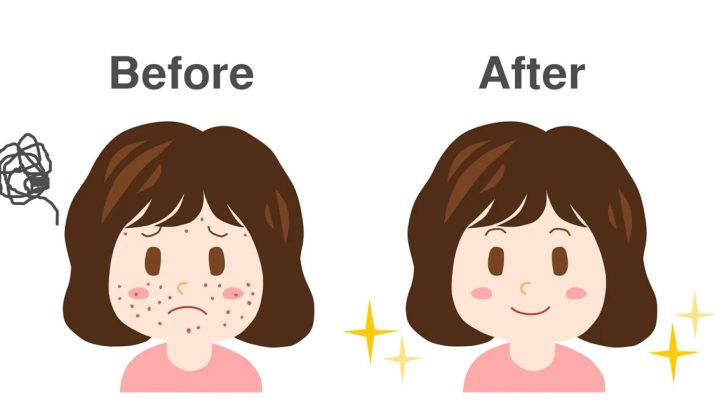 One does not need to look far to find negativity. Some contend the media thrives on it and that validates the theory that somehow negativity gets them more readers and viewers.

While this may be true to a certain extent in much the same way a car accident gets “viewers,” the reality is the human mind and heart do not thrive in a negative environment. If a person gets advice seeking to “change your life for better,” it will almost always include some encouragement towards positive thinking.

Everyone can think of someone they know who at least seems to be happier when they are complaining or focusing on setbacks. But even cursory observation will almost always reveal the fact their happiness only corresponds to the energy they invest. When the shouting and arguing is over, people who focus on the negative are just as miserable as one might imagine.

The reason positive attitudes are so powerful is that they help reveal opportunities. Positive people who listened when they were told to change your life for better react to opportunity in productive ways. Negative people do not. This is one of the many reasons it often seems positive people accomplish their goals and negative people are more frequently frustrated in similar attempts.

Change Your Life From Negative To Positive

Ask 100 people who have faced frustrating problems in their lives, and a fair percentage of them will tell you it will not take an Earth-shaking effort to change your life.

Far more often than not with these folks, the adjustment they made was very small, but it was something they overlooked because they were so busy fighting an epic war against an imaginary dragon.

Like any martial arts teacher will tell you: A man cannot fight when he can’t find his opponent. Positive thinking makes it possible for a person to put “change your life” advice into action and to see the details and the small adjustments that a negative thinker will miss because they have built the problem into a towering imaginary monster.

This is something that shouldn’t just be considered and then set aside. Positive thinking applied to obstacles and frustrating problems is second only to compound interest as one of the most powerful forces in the universe. It creates a rare commodity called “insight” that is responsible for many of the greatest advances in human history. Change your life indeed.

Popular  Doctor Explains: Is Coffee Bad For You?

Positive thinking has a lot in common with forwarding momentum. Negative emotions often cause people to stop and then to become unusually concerned with what’s going to happen next. Positive thinking, on the other hand, causes people to explore, accomplish the “change your life” imperative and move ahead because they believe whatever comes next might be an even bigger opportunity than the last.

These kinds of emotional dynamics are vitally important for anyone facing challenges in their lives. With the proper application of forward momentum, the opportunities that all of us encounter in our lives and the ability to recognize those opportunities through thinking of them in terms of how they might help instead of the danger they might pose, a person can take huge strides forward in a relatively short amount of time.

A negative alternative is a person who is investing all their energy into obstructing themselves. Freedom in a lot of cases is being set free from the limitations a person puts on themselves rather than being let out of a metaphorical cage constructed by someone else.

In order to take full advantage of the opportunities encountered in day to day life, a person must be able to apply the energy from their own positive outlook. When that energy combines with forward momentum, great things can happen.

According to Barbara Frederickson, the question a person should ask when facing a challenge is “What is the positive outcome that we’re aiming to create here?” This dovetails with her advice to avoid narrowly focusing on problems instead. Frederickson’s work on positivity ratios seems to support her hypothesis that positive thoughts should outnumber negative thoughts.

While the data may or may not be conclusive in either direction, common sense tells us that a person’s outlook is likely to be negatively impacted if their negative emotions and thoughts outnumber the positive. Kevin Eikenberry connects this positive outlook to leadership, and his points are all well taken.

A leader cannot succeed for any appreciable length of time without some kind of positive outlook. People rarely follow someone who does not inspire them in some way, and negativity does not strengthen bonds between people and their leaders.

The key to the “change your life” goal and mastering the relationship between positive thinking and success is to understand how one affects the other and to recognize the dynamics of emotion. From an objective standpoint, it is easy to see how negativity can bring someone down. From a subjective standpoint, on the other hand, recognizing negative thinking can be as big a challenge as anything else and it can lead to the same kind of stagnation as any other setback.

However, once the relationship is clear, the path from positive thinking to success becomes much more clear. 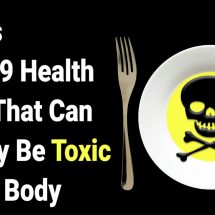 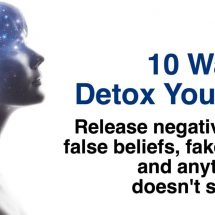 10 Ways to Detox Your Soul 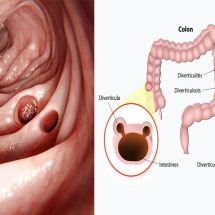