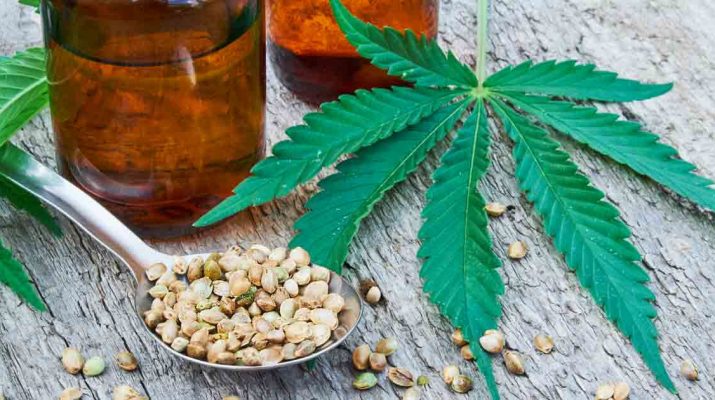 Cannabis has a long history of traditional use as a botanical medicine. The term medical marijuana refers to the use of whole, unprocessed plant and pure extract to treat disease or improve a symptom. To qualify, the product must be sourced from a medicinal grade cannabis plant meticulously grown without the use of toxic pesticides and fertilizers.

The cannabis plant has over 400 chemicals and at least 60 different cannabinoids — chemical compounds the human body is uniquely equipped to respond to. The two primary ones are cannabidiol (CBD) and tetrahydrocannabinol (THC), the latter of which is the psychoactive component in marijuana.

According to the National Institute on Drug Abuse, notable scientific study results led to the creation of two U.S. Food and Drug Administration (FDA)-approved medications containing cannabinoid chemicals in pill form, but not the use of the whole plant as opposed to single ingredients.

Movement of CBD oil on and off the list of Schedule 1 drugs (the most dangerous category reserved for drugs like LSD and heroin) may signal an underlying struggle between research results and the desire to harness financial potential in pill form. Recently, an unidentified patient in the U.K. was treated with CBD oil and experienced remarkable, physician-documented results.

An as yet unidentified 81-year-old patient, believed to be from Stoke-on-Trent in the U.K., was reported in the Daily Mail as having experienced remarkable tumor shrinkage after consuming CBD oil each day. Reportedly, the 81-year-old was an ex-smoker who had been treated for prostate cancer 15 years previously.

Another chest X-ray in July 2017 demonstrated the disease was still progressing, yet a CT scan in November that year suddenly, and surprisingly, revealed a “near-total resolution of the tumor. The patient had chronic obstructive pulmonary disease (COPD) and also reportedly used to smoke 20 cigarettes a day throughout his 20s and 30s.

After spotting the significant reduction in tumor size and progression, physicians asked the patient about his lifestyle to understand what may they have triggered these changes. According to the patient, he started taking CBD oil two months before his last CT scan.

He reported no other changes in diet, medication or lifestyle, leading his physicians to believe the CBD oil was responsible for the reduction in tumor size. According to the American Cancer Society,non-small cell lung cancer is the most common type of lung cancer with five-year survival rates between 6 percent and 60 percent, depending upon the spread of the disease.

The Daily Mail published the patient’s scans, showing how the size of his tumors halved. Although experts have warned this is just one case, other data also support the use of cannabis on the treatment of cancer.

Although CBD and THC are both cannabinoids that interact with receptors found in the human brain, they have dramatically different effects. CBD is nonpsychoactive, which means you don’t experience the “high” you do from consuming or smoking marijuana. THC is the chief psychoactive component in the plant primarily responsible for creating the “high” associated with recreational use.

Popular  5 Signs of A Pet Illness to Never Ignore

While the unidentified 81-year-old patient in the U.K. experienced a reduction in tumor size using just CBD oil, an in vitro study from the University of London, published in Molecular Cancer Therapeutics, used both THC and CBD to yield impressive results in alleviating pain, restoring the appetite and shrinking brain tumors.

The study found THC and CBD in combination with radiation were able to shrink tumors to a greater extent than radiation alone. Interestingly, using just one of the compounds or radiation alone had a negligible effect on the treatment of brain tumors.

The findings suggest patients may not need a lot of THC to bind the cannabinoid receptor in the brain cell, as in small doses it can retain anticancer properties without psychoactive side effects. Senior study author Wai Liu, Ph.D., says the trick is to find the right balance. He told Medical Daily:

We think this is due to the different pathways that these cannabinoids hit. Specifically, THC works via receptors, whilst CBD may not need them; consequently, using them together results in a ‘priming’ effect in tumor cells, making them more sensitive to the ‘cell killing’ effects of irradiation.”

This study also supports the results from others. In 2009, researchers in Spain discovered THC kills brain cancer cells through a process known as autophagy. The initial discovery was made in animals. Two human patients suffering highly aggressive brain tumors then received intracranial injections of THC, showing similar signs of autophagy.

In this short video, Carl Germano, Ph.D., touches on the importance of the endocannabinoid system and its role in human health. Cannabinoid receptors were discovered in the 1990s, leading to the realization the human body makes compounds that influence these receptors.

Deficiencies in endogenous cannabinoids have been identified in those suffering migraines, fibromyalgia, irritable bowel syndrome, neurological conditions and a variety of treatment-resistant conditions.

While CBD and THC have received the most attention and research, the cannabis plant contains at least 58 other cannabinoids and 400 other chemicals, and many of these other phytocannabinoids and terpenes are needed to fully support your internal endocannabinoid system (ECS).

Hemp has been outlawed in the U.S. since 1938, but the latest Farm Bill makes it legal, which is exciting news to clinical nutritionists. Germano, an expert on phytocannabinoids, is excited about the future for study of what he says may be the most important botanical plant on the planet. He goes on to say:

“Your body produces cannabinoids similar structurally to the cannabinoids found in cannabis; your body feeds off of them and if you don’t produce enough to feed every single receptor, various conditions, various illnesses will ensue.

I have not seen any natural compound this clinically-relevant since the inception of this industry, and I can tell you that targeting the endocannabinoid system supporting it will dominate medicine and nutrition over the next couple of decades.”

An intimate relationship exists between your body’s ECS and your omega-3 levels, as omega-3 fatsincrease the activity of your cannabinoid receptors. A systematic review of clinical interventions was published in PLOS ONE, looking at ways cannabinoid receptors can be upregulated. The researchers found clinical data suggesting yoga, exercise and omega-3 fats have an effect on your ECS.

History of Cannabis and Cancer

The history of cannabis use for medicinal purposes dates back at least 6,000 years. It was first introduced to the West by W.B. O’Shaughnessy, an Irish surgeon who learned about it while working in India. His research was first presented to scholars at the Medical and Physical Society of Calcutta in 1839. Initially it was primarily used for its analgesic, sedative, antispasmodic and anticonvulsant properties.

According to the National Cancer Institute, the U.S. Treasury Department introduced the Marijuana Tax Act in 1937, imposing a levy of $1 per ounce for medicinal use. Interestingly, physicians were the principal opponents as it required doctors to pay a special tax, use different order forms and keep special records.

In 1942 cannabis was removed from the U.S. pharmacopoeia (USP), the list of approved medications and drugs in the U.S., as it was believed cannabis might have harmful side effects. In 1951 Congress included cannabis on a list of narcotic drugs. When the Controlled Substance Act was passed in 1970, marijuana was classified as a Schedule 1 drug.

In 1996, California initiated the movement to legalize access for medicinal use under physician supervision. Today, 13 states have decriminalized recreational use, 10 have made recreational use legal and 33, including Washington, D.C., have legalized medical marijuana.

The U.S. Drug Enforcement Agency’s (DEA) removed CBD medicines with a THC content below 0.1 percent off their Schedule 1 list of drugs three months after the FDA approved the first nonsynthetic, cannabis-derived medicine as a treatment for certain types of epilepsy.

In addition to the cancer treatment studies discussed, researchers have found cannabis is pro-apoptotic, triggering cellular suicide of cancer cells while leaving healthy cells untouched, and anti-angiogenic, as it cuts off blood supply to tumors. For example, Harvard researchers found THC cuts tumor growth in lung cancer while significantly reducing its ability to spread.

How to Boost Your Natural Endocannabinoid Release

In my previous article, “The Endocannabinoid System and the Important Role It Plays in Human Health,” I discussed the importance of activating your ECS. There are several natural ways you can activate the system to improve your health without using external cannabinoids: 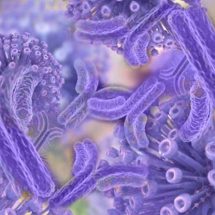 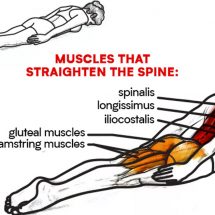