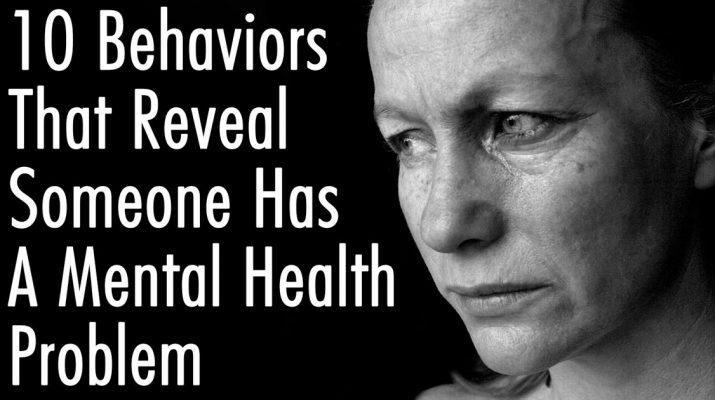 Why the quotes around the word “health” in regards to mental health? Well, put simply, we all suffer from some degree of mental illness. If we didn’t, we wouldn’t be in the mental state that most of us are accustomed to. The mental state where:

And, collectively, the mental state in which:

Certainly, you get the idea.

Humanity has a real problem with thinking in general, and above all doing so from a healthy state of mind.

Of course, there is such a thing as “mental illness” in the clinical (read: medical) sense, which is what we’re going to discuss. Let’s look at some of the most common mental illnesses:

Now, Let’s Take A Look At Ten Signs That May Disclose Someone Has A Mental Health Disorder.

“Identification with your mind [causes] thought to become compulsive. Not to be able to stop thinking is a dreadful affliction, but we don’t realize this because almost everybody is suffering from it, so it is considered normal.” – Eckhart Tolle, The Power of Now (source)

Confusion varies in severity depending on the disorder. Confusing thoughts may arise from everyday brain fog; or they may indicate anxiety, depression, or even schizophrenia or mania. Confused thinking becomes debilitating if it causes a “break” with reality, such as that which is seen in mental breakdowns or psychosis.

Any long-term disturbance that disrupts everyday life should be taken seriously. If symptoms do not go away with proper rest and nutrition, seek the advice of a medical professional.

Delusions are strong beliefs one holds that have no basis in reality. A common symptom of schizophrenia, delusions may cause a person to misinterpret everyday experiences.

While most of us have difficulty concentrating in today’s world, most of us can nonetheless focus when needed. People who are unable to concentrate for any significant period, no matter the task, may suffer from a mental health issue.

Conditions are known to affect the ability to concentrate:

Plummeting energy levels is yet another condition with which people can identify. Chronic low energy is rare, however, and may signify an underlying disorder including:

Emotional numbness typically results from some sort of traumatic experience. Human beings have the ability to compartmentalize emotions that would otherwise prove debilitating. While the survival mechanism allows us to cope, prolonged emotional numbness from trauma will manifest in everyday life – and make it extremely difficult to fulfill one’s potential.

Per WebMD, hallucinations – seeing things that are not real – can affect any one of the five senses: hearing, touching, tasting, smelling, and seeing. The reasons for hallucinations may be physical or psychological, and include:

Insomnia, or “sleeplessness,” is defined as “a sleep disorder where people have trouble…falling asleep or staying asleep as long as desired.” The lack of sleep from insomnia frequently manifests into daytime sleepiness, depressed mood, and irritability. Insomnia can be either a short- or long-term condition.

Popular  The Cheapest Way to Get Rid of Head Lice Once and For All – Doctors Won’t Tell You This!

Most mental health disorders that produce stress can cause some degree of sleeplessness.

Thoughts of suicide are the result of dealing with too much pain for too long. Per the National Alliance on Mental Illness, around 90 percent of people who commit suicide have a psychological illness at the time of death. Strikingly, suicide rates have climbed over 30 percent since 1999.

Mental illnesses that may produce suicidal ideations include:

Withdrawal from social life is most frequently linked to depression or traumatic experience. Reasons for people wishing to remain isolated are widespread. They range from fear of embarrassment (e.g., social anxiety and phobia) to antisocial disorders and PTSD. Additionally, people with a history of trauma often fear losing control of themselves in public.

Abuse of drugs and alcohol is common among those with mental illness. According to the National Institute on Drug Abuse, drug addicts and alcoholics are twice as likely to have a mental health problem. Drug use can also be the cause of mental health issues, including anxiety and depression, aggression, irritation, paranoia, and hallucinations. 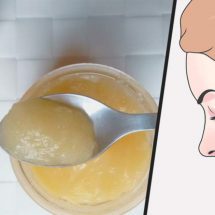 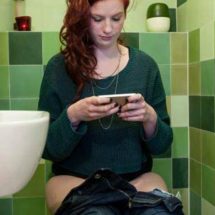 Keep Your Smartphone out of Your Bathroom! You Will Never Believe Why