Alzheimer’s disease is a degenerative neurological condition that is known for its debilitating symptoms, such as memory loss, confusion, and loss of identity. The two hallmarks of Alzheimer’s disease are the formation of plaques (beta-amyloid) and tangles (tau proteins)in the brain.

Over time, these build up to a point where symptoms begin to develop and, eventually, cause the neurons in our brains to die. While it may be a disease of the brain, researchers are currently investigating how its development could be related to the rest of the body.

Heart disease has historically been directly related to gum disease (aka chronic periodontitis). It appears that it also correlates to brain health; more specifically, to Alzheimer’s disease. Research seems to be indicating that Alzheimer’s may be the result of an infection caused by a  particular type of bacteria usually implicated with periodontal disease (also known as gum disease).

The bacteria in question? Porphyromonas gingivalis. It’s not only found in the mouth but in the respiratory tract, gastrointestinal tract, colon, and vagina when suffering from bacterial vaginosis.

Several scientific studies (including the examples below) back up the hypothesis that the two are indeed linked; while some researchers are trying to work out the exact mechanisms of the illness:

A study of 597 men by Elizabeth Krall Kaye et. al, showed a correlation between the appearance of gum disease, tooth loss and a greater risk of cognitive decline. Another study found that tooth loss also appeared to be linked to Alzheimer’s and that the more teeth that fell out, the more the illness increased.

This evidence implies greater importance to keeping an optimal level of oral health than originally imagined.

In 2017 a study conducted in Bristol (UK) led scientists to believe that the pathogen was the cause for the neural inflammation previously associated with the disease. “We now have strong evidence connecting P. gingivalis and Alzheimer’s pathogenesis, but more research needs to be done before P. gingivalis is explicitly implicated in the causation or morbidity of AD (Alzheimer’s Disease),” reported David Emery.

The proof Mr. Emery was hoping for may have been discovered when a more recent study was published early this year (2019) by microbiologist, Jan Potempa. It helps to solidify that the bacteria implicated, Porphyromonas gingivalis, is also found in the brains of deceased Alzheimer patients. To put it simply, the more chronic exposure a person has to this bacteria, the higher the risk of experiencing cognitive in later life.

Popular  Here’s How Much Exercise You Need To Burn Fat All Day, According to Science

Author of the latest, 2019 study, Stephen Dominy concurs that its findings have linked the likelihood of the cause-effect relationship shared by gum disease and Alzheimer’s. While not definitively proven, the findings certainly add to the weight of evidence already discovered: “Now, for the first time, we have solid evidence connecting the intracellular, Gram-negative pathogen, P. gingivalis, and Alzheimer’s pathogenesis while also demonstrating the potential for a class of small molecule therapies to change the trajectory of disease.”

There is no cure for Alzheimer’s disease, but these new findings add to the evidence that it is linked to and, at least partially caused by P. gingivalis. By understanding some of the root causes of the disease, this could help with the development of new preventative measures.

There are numerous preventative actions. These include getting good nights sleep, developing your brain by constantly learning and developing new skills, exercising regularly, eating well.

In conclusion, Alzheimer’s still has some way to go in terms of a cure, but these new findings give new hope that its development can be averted. At the very least, this study gives us all more of incentive to maintain good oral health and to visit the dentist regularly. 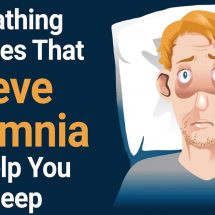 10 Breathing Exercises That Relieve insomnia And Help You Fall Asleep 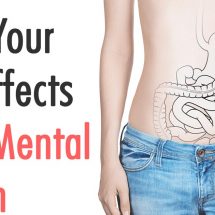 How Your Gut Affects Your Mental Health 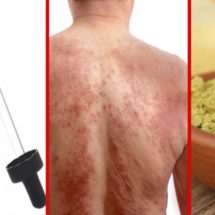