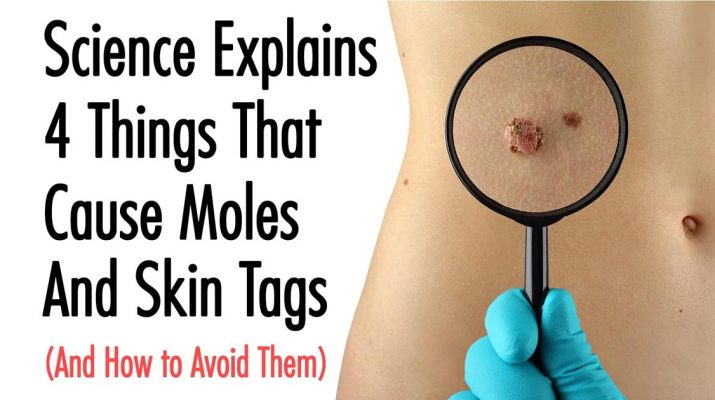 This fact might surprise you, but everyone has moles. In fact, every person has at least 10 to 40 moles in various places on their skin. These small, dark spots develop mostly during childhood but some people may find them growing on their skin until their 50s. Skin tags, on the other hand, are bumps that look like extra hanging skin. It’s a common skin growth among those in their 30s, 40s, and 50s.

Most moles and skin tags are generally harmless and the growth will not cause any pain or discomfort. So, you can leave these marks on your skin if the appearance does not bother you in any way. However, some mole growth may itch, burn, or cause irritation. Skin tags might also become annoying when they stretch longer or start rubbing on your clothes.

If you’re bothered by these, you might need to get the condition checked thoroughly. This is because moles or skin tags might actually be a condition known as melanoma or basal cell nevus syndrome (BCNS). These are types of skin cancers, according to a study in the Dermatology Online Journal.

But how do moles and skin tags grow? Here are some things that cause these skin conditions:

Science Explains 4 Things That Cause Moles And Skin Tags

“I have seven scars from having moles removed. One was melanoma, six were precancerous. Get your moles checked!” – Jennifer Morrison

1.   Moles Grow As Part Of Your Biology And Your Environment

According to the Genetics Home Reference for the U.S. National Library of Medicine, moles seem to be a biological trait you inherit from your family. So, some people are born with prominent moles on their skin because it’s the positive predisposition of their blood chemistry.

However, experts admit that they have never understood or probed deeper into the genetic factors that lead to mole development. Because this skin growth is not considered a threat to the health of humans, studies about its genetic patterns, formation, and development in the body have not been extensive.

Moles also grow on your skin depending on how much exposure you get from the sun and its ultraviolet radiation. So, your moles appear throughout your childhood and well into your early adulthood depending on how often you spend time outdoors. Fair-skinned people usually have more prominent moles on their skin.

You have a natural pigment within your system called melanin that, among other things, gives color to your skin. Melanin also causes the formation of a cluster of cells known as melanocytes. According to the American Osteopathic College of Dermatology, these clusters could be the result of sun damage.

2.   Moles Appear Due To Hormonal Changes In Your Body

It’s common for moles to change in color and appearance over time since the melanocytes are living cells, which means they are affected by what’s happening to your body.

Melanoma, the most dangerous form of skin cancer, often starts off as a mole in the body. It might also spring and develop from an old mole as it spreads, according to the Skin Cancer Foundation. This growth may also pop up in areas on your skin that are protected from the sun, such as the buttocks or the scalp.

Moles that might be indicative of melanoma have ragged and irregular shapes, edges, color and diameter. If left unchecked, this condition can quickly spread.

According to the Indian Journal of Dermatology, skin tags have ties to health issues like hyperlipidemia, insulin resistance, metabolic syndrome, and obesity. As much as 25 percent of people above the age of 50 develop skin tags as they also develop medical conditions.

For instance, people who are obese often encounter repetitive friction on their skin because they wear tight clothes. Skin tags develop as a result of this friction. If you are overweight, it’s better to avoid tight-fighting clothes to protect your skin. Also, strive to eat well, avoid saturated fats and sugar, and live a positive and healthier lifestyle.

Another study in the same journal has also linked skin tags to a low-risk infection of the human papillomavirus (HPV). Though HPV infections are not unusual, it’s still a sign that your body has a weakened immune system. If the skin formation due to this condition is causing discomfort, pain, and embarrassment, visit a doctor for treatment and relief.

According to the Egyptian Dermatology Online Journal, hormone fluctuations may also trigger the growth of skin tags.

You’re free to have a mole or skin tag removed if you don’t like how it looks or feels. There are people who are not comfortable with these skin growths and regard moles and skin tags as blemishes, so they would rather have them taken off. If these growths get in the way of your shaving or grooming, or if the friction with your clothes is bothersome, you can consult a doctor or a dermatologist for removal.

How Moles Are Removed

According to statistics, one in five Americans is susceptible to some form of skin cancer by the time they are 70 years old. For this reason, you should never skip a doctor’s check-up if you think your mole’s growth isn’t normal.

How Skin Tags Are Removed

Skin tags, on the other hand, are less sensitive to treat and remove than moles. These may be easily snipped at the doctor’s clinic using a special pair of scissors. The dermatologist might also use either a freeze or burn technique to kill the tissue around it and remove the skin growth.

After the procedure, the skin tag will fall off naturally since there are no more living tissues. It takes about two weeks to complete this process.

A dermatologist may also wrap a thin string around the skin tag very tightly to kill the tissues. The growth will then turn black once the tissues are dead and the skin tag will naturally fall off within a week. This process is pretty painless.

There are a number of suggestions on how to naturally remove moles on the Internet. However, most of these methods, which you can apparently do at home, have not been proven to have positive effects. Discuss these natural methods with a doctor before trying any of them.

Removing skin tags naturally or through a home, remedy does not pose as many risks as do-it-yourself mole removal. Most solutions involve drying out the skin that’s been hanging off until it shrinks and falls.

Some of the readily available natural ingredients you can use include banana peel, apple cider vinegar, or garlic. When you use any of these items, rub or dab it on the skin tag and cover the area with a bandage. Leave this overnight and repeat the process every day until the skin tag changes color, falls off, reduces in size, or disappears.

Always clean off the area with hydrogen peroxide before applying the natural ingredients. As a precaution, you can apply an antibiotic cream on the area to lower the infection risks until the skin completely heals. If you’re not sure about doing the natural process, consult a dermatologist.

If your mole is not an issue, then it would be better to just leave it alone. But if you still want to have this skin mark removed even if the doctor has done tests and determined that it’s not cancerous, then it would be best to do it properly and safely under the hands of a professional. This way, you are ensured of a positive outcome instead of trying out home remedies that could worsen your skin.

Meanwhile, skin tags are generally harmless, and removing them tends to be fairly straightforward. You won’t need a medical procedure for this since the solutions are found at home. However, if you’ve tried home treatment and there is bleeding or continued growth to your skin tag, it’s best to have it checked by a doctor. 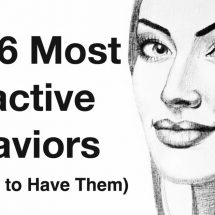 The 6 Most Attractive Behaviors (And How to Have Them)

How the Bacteria in Our Gut Influences Our Minds 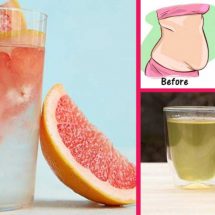