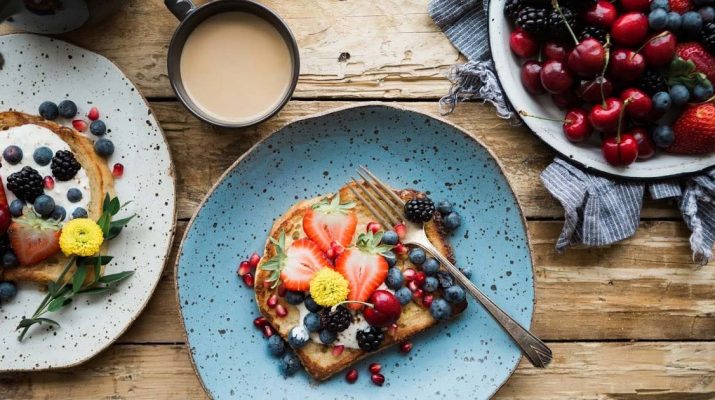 High protein foods are an important macro-nutrient that helps our bodies recovery from strenuous activities such as running or lifting weights as well as from normal everyday wear and tear. Without protein, our bodies would not be able to function properly.

When most people think of high protein foods, they typically think of meat. For a vegan trying to lead a healthy lifestyle, while losing a bit of weight, this doesn’t help much. What many are unaware of though is that there are plenty of non-animal-based high protein foods that are perfectly fit for a vegan diet!

Read on for a list of 21 great vegan high protein foods that aid in weight loss:

Seitan if one of the most popular sources of protein amongst vegan and vegetarian dieters, and with good reason!

Seitan is commonly marketed as a meat alternative and is made from wheat gluten. One 3.5 ounce serving of Seitan can provide you with 25 grams of protein, making it the richest plant-based protein source!

Aside from Seitan’s high protein content, it is also a great source of selenium while also containing a good amount of calcium, iron, and phosphorus!

Lentils are one of the healthiest foods you can eat, whether you’re a vegan or an avid meat eater! Coming in at 18 grams of protein per cup cooked, lentils and an amazing source of vegan protein!

Lentils are incredibly versatile and lend themselves well to a range of dishes, from soups to salads, stews and curries!

Lentils are also a great source of fiber which is vital for satiety and gut health and contain the vitamins folate, iron, and manganese in substantial amounts!

Tofu is a good product produced by the fermentation of soybeans. Tofu is one of the few complete proteins available to those following a vegan diet and so should be a regular feature of yours! A complete protein is a food that provides your body with all of the amino acids deemed essential for health.

Tofu by itself has a mild flavor and is easily able to absorb the flavors of other ingredients it is used with. This makes it incredibly versatile!

One cup of cooked chickpeas packs a whopping 15 grams of protein! Like other beans and legumes, chickpeas are high in fiber as well which makes them a great addition to anyone’s diet!

Besides chickpeas’ high protein and fiber content, they’re also an amazing source of iron, phosphorus, folate,
potassium, manganese, amongst many other beneficial nutrients!

Several studies have been done that indicate a diet rich in beans or legumes can help control blood sugar levels, lower your blood pressure, and decrease cholesterol!

Spelt and teff belong to a category of food commonly referred to as ancient grains. Both spelt and teff pack a whopping 11 grams of protein per cooked cup, making them a great source of protein for the vegan looking to lose a bit of weight!

Fiber, complex carbs, iron, magnesium, manganese, and phosphorus are all found in high amounts in both spelt and teff, making them a very nutrient dense and healthy protein rich food choice

Nutritional yeast is sold in either powder or flake form and is made from a deactivated strain of Saccharomyces cerevisiae yeast. It is commonly used as a cheese substitute and can be enjoyed in dishes such as mashed potatoes or can be sprinkled on top of pasta in place of cheese.

Popular  Use This Simple Trick To Keep Ticks Off All Summer Long!

Nutritional Yeast is another complete protein source and per one ounce serving it contains 14 grams of protein plus 7 grams of fiber! You can find fortified versions of nutritional yeast that make it also a great source of magnesium, zinc, copper, manganese, and all the essential B vitamins!

A single serving of green peas contains more than 25% of the fiber you need in a day! Packing 9 grams of protein per cup cooked, peas are a nutritional powerhouse and a great addition to anyone’s diet!

Besides being a great source of fiber and protein, green peas contain Vitamins A, C, K, folate, thiamine, and manganese in substantial amounts!

Hempseeds are the seeds of the Cannabis Sativa plant, known more commonly as marijuana! No need to worry about catching a buzz, hempseeds contain only minuscule amounts of THC, the active compound in Cannabis that produces its euphoric effects.

Hempseeds are another great complete source of vegan protein, containing 10 grams per one ounce serving. Hempseeds are also a great source of iron, magnesium, calcium, zinc, and selenium and also contain omega-3 and omega-6 fatty acids in the ideal ratio for human health!

Bread made from sprouted grains are typically much higher in protein and fiber, making them a great option for a vegan looking to drop a few pounds. It’s not uncommon to find wheat, barley, millet, spelt as well as lentils and even soybeans in just a single loaf of sprouted grain bread!

A typical serving of sprouted grain bread can contain up to or more than 8 grams of protein, which is significantly more than what’s commonly found in bread.

Spirulina is a blue-green colored algae that is packed with nutrients and protein. Two tablespoons contain 8 grams of complete protein as well as many other nutrients; Iron, thiamin, copper, magnesium, riboflavin, manganese, and potassium are all found in substantial quantities!

One cup of soy milk contains 7 grams of protein, making it a great vegan alternative to cow’s milk! Soy milk is commonly fortified with other vitamins and essential nutrients such as vitamins D, B12, and calcium!

If you’re trying to lose weight, avoid the sweetened varieties and opt for an unsweetened version. Unsweetened soy milk is much lower in calories and makes it easier to fit it into your diet!

Oatmeal is one of the healthiest complex carbohydrate sources available but did you know that it also contains 6 grams of protein and 4 grams of fiber per half cup serving? Oatmeal is a great addition to a vegan diet; it’s packed with essential nutrients and provides long-lasting satiety.

Vitamins found in abundance in oatmeal include zinc, magnesium, phosphorus, and folate.

Chia seeds hail from Mexico and Guatemala and are sourced from the Salvia hispanica plant. Containing an astounding 13 grams of fiber and 6 grams of protein per 1.25 ounce serving, chia seeds are hard to pass up when filling out a vegan diet!

Popular  20 Photos Proving That We Are In Danger. #7 Left My Mouth Open

Compared to other long-grain rice types, wild rice contains over 1.5 times the protein, including both brown and basmati rice! One prepared up of wild rice contains a healthy amount of fiber as well as magnesium, manganese, copper, phosphorus, and B vitamins. With 7 grams of protein provide per cup, wild rice is an excellent option for anyone’s diet

Like brown rice, wild rice is not stripped of the bran which contains the majority of the vitamins, minerals, and fiber found in rice. This makes it an easy choice over white rice among carbohydrate and protein rich foods.

Black beans are considered one of the healthiest beans and legumes, and is one of the greatest sources of antioxidants among them!

Less starchy than other beans, their dark color lends them to a much richer antioxidant content! Per half cup, black beans contain 8 grams of protein, making them the ideal choice for the vegan on a diet!

1 cup of Quinoa contains 8 grams of protein as well as magnesium, fiber, and antioxidants in good amounts! Technically a seed, but used similarly to other grains such as oats and wheat, quinoa is a great gluten-free, vegan, protein rich foods choice!

When one thinks high protein foods, artichokes usually doesn’t cross one’s mind. A half-cup serving of artichoke hearts contains 4 grams of protein, which for a vegetable makes it a great choice for protein rich foods while on a vegan diet!

Regularly eating artichokes offers you a great opportunity to boost your fiber and protein intake while enjoying a lower calorie food that is still filling!

Similar to quinoa or teff, Amaranth is lumped into the ancient grain category and offers numerous nutritional benefits. 1 prepared cup of amaranth packs 7 grams of protein, making for an excellent protein source for the vegan looking to drop a few pounds.

Amaranth is also a great source of B vitamins as well as magnesium and iron, making it nutrient dense!

Pumpkin seeds don’t usually make it on the vegan’s radar but should not be overlooked! In just a quarter cup, pumpkin seeds pack a whopping 8 grams of protein!

An excellent source of iron and magnesium, pumpkin seeds are a great, portable, vegan snack that is hard to pass up!

Tempeh, similar to seitan or tofu, is derived from the soybean. It is fermented which makes it high in probiotics and easier to digest than many other protein rich foods.

Per 1 cup serving, tempeh contains 12 grams of protein! Tempeh is low in calories and is one of the best sources of vegan proteins available.

Spinach is a very low calorie leafy green vegetable that makes a great addition to the vegan diet. Per cup, spinach contains 5 grams of protein as well as many other essential nutrients, which makes for an excellent option to anyone’s diet!

When people think about the vegan diet, they don’t typically associate it with high protein foods. This does not have to be the case though!

With so many great tasting, healthy vegan options for high protein foods, there really is no excuse for anyone to be deficient in protein! 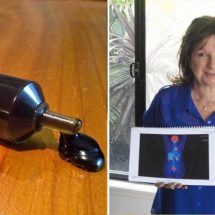 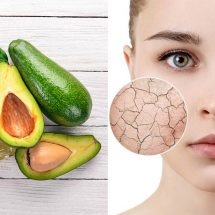 Got Dry Skin? Here’s Why You NEED Avocado Oil! 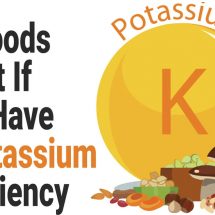 15 Foods to Eat If You Have A Potassium Deficiency