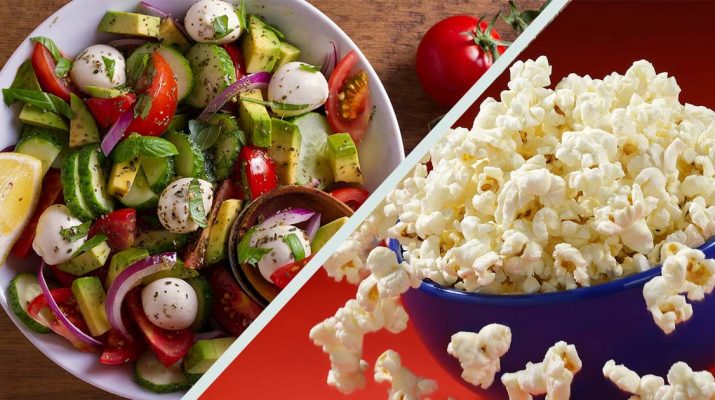 Why is it so difficult to lose weight? This is a loaded question, and there are many possible answers: genetics, misinformation, a sedentary lifestyle, etc. But perhaps the main reason why it’s so hard to lose weight is that people aren’t conscientious enough about the foods they put into their mouth. Hence, the rationale for this article.

Besides talking about what foods to avoid if you want to lose weight, we’ll discuss a couple of related topics. (Including the degree and proliferation of food processing and the misinformation surrounding us about “healthy” foods.) Regarding the latter, we will examine the disaster that was the low-fat movement in the United States.

THE RISE OF OBESITY

Not all foods labeled as healthy and nutritious are good for you. On a macro level, the United States, a.k.a. “The Land of Convenience,” is perhaps the most fitting and accurate case study to examine this “unhealthy healthy foods” phenomenon. Like most of the industrialized world, the U.S. is experiencing changes across a wide number of socio-economic measures:

– Evolution of processing and transportation technologies: Food processing is similar to other industries that rely on technology; advancements are prioritized to increase profitability and efficiency.

– Development of “big-box” retailers (e.g. Costco, Sam’s Club): Focused on maximizing profitability and growth, some large corporations excel in the marketing and sale of processed foods. To a large degree, these retailers effectively displace many smaller establishments that may offer healthier choices.

– The proliferation of Fast Food: In 2016, there were over 14,000 McDonald’s restaurants in the U.S., approximately 7,500 Burger King restaurants, and about 6,000 Wendy’s. In addition to a widespread presence, the fast food chains offer cheap items (e.g. the “Dollar Menu”) which makes a fast food meal more accessible.

AS WE GO FORTH IN THIS CASE STUDY, CONSIDER THE FOLLOWING STATISTICS AND FINDINGS:

– “Low-income and elderly people are at a greater risk” of obesity, malnutrition, and limited food choices.

– Highly processed (ultra-processed) foods account for anywhere between 10 to over 50 percent of food on the average kitchen shelf. (The U.K. has the dubious honor of having the highest amount; Portugal has the lowest at 13.4%.)

– A “significant” correlation exists between the availability of heavily processed foods and obesity among adults.

– An increased risk of diet-related diseases comes as a result of consuming ultra-processed foods.

Failure to consider the degree to which foods are processed can have some pretty bad consequences. There is perhaps no better example of this than the proliferation of low-fat foods – and junk science – during the 1990s.

Both government ineptitude and corporate malfeasance helped contribute to the obesity epidemic of the ’90s, a period in which adult obesity rates nearly doubled; these factors contributed to the highest rates of adult obesity in recorded history. Walter Willett, M.D., former chair of the Nutrition department at the Harvard University School of Public Health and author of Eat, Drink, and Be Healthy, sums up the period rather aptly:

The campaign to reduce fat in the diet has had some pretty disastrous consequences … One of the most unfortunate intended consequences of the fat-free crusade was the idea that if it wasn’t fat, it wouldn’t make you fat. I even had colleagues who were telling the public that you can’t get fat eating carbohydrates.

Let’s consider Nabisco, a multi-billion-dollar food conglomerate that is the world’s second-largest manufacturer of cookies and snacks. In the mid ’90s, Nabisco struck gold with their SnackWells brand, taking advantage of the atrocious U.S. dietary guidelines of the early 1990s which advocated a reduction in fat consumption (not a word mentioned about sugar, mind you.)

Marketing their products as the healthiest snacks around due to their low-fat content, Nabisco made a fortune. Much less concerning to the company was the fact that they had contributed to the obesity epidemic of the 1990s. How? By “making up” for the “taste gap” resulting from less fat by loading their products with refined sugar. Meanwhile, the calorie count of most products remained about the same.

Nabisco’s malfeasance wasn’t limited to just the SnackWell brand, either – and it wasn’t just during the 1990s. Let’s take a gander at two varieties of Nabisco’s Oreos, a fan favorite.

IN THE TWO COLUMNS BELOW ARE NUTRITION FACTS FROM OREO’S REDUCED FAT AND REGULAR BRANDS, RESPECTIVELY:

What do we see? Well, besides the fact that Nabisco continues to market low-fat, high-carbohydrate products despite evidence of their harmful effects, we see that the carbohydrate content in the low-fat variety of Oreos is higher than the regular variety. In other words, the company hasn’t learned a damn thing.

20 FOODS TO NEVER EAT IF YOU WANT TO LOSE WEIGHT

While the writer would love nothing more than to scold the food industry, there is one entity that we mustn’t omit from the equation: ourselves. Indeed, we have the personal responsibility of ensuring that the food entering our mouths is healthy. We have clearly established that not all foods claiming to be nutritious and healthy can back up such claims.

With this in mind, here are 20 “health” foods to never eat if you want to lose weight – or for any reason, really:

Okay, so you may not be able (or willing) to abstain from a bowl of tasty microwave popcorn on occasion. Just know that the chemical used to coat microwave popcorn bags (perfluorooctanoic acid) is classified as a “likely carcinogen” – a substance that may increase the risk of cancer.

Salad toppings like bacon bits, croutons, and dairy cheese are high in fat and heavily processed. If you can, opt for fresh sliced vegetables or fruits. If you must use one of the aforementioned topics, do so sparingly. The salad part of salad, though, should definitely help you to lose weight.

Okay, so there is a caveat to this one. Minimally-processed granola oats contain a good dose of fiber and iron and are probably okay to eat on occasion. Still, just one cup of some granola brands has over four times the number of calories as four cups of oatmeal. They are also loaded with sugar.

Protein bars are another food that sounds healthy in name only. They’re often heavily processed, loaded with fat, and doused with refined sugar. They aren’t likely to aid in your desire to lose weight.

As an Italian, it pains this writer to include what is perhaps the Old Country’s top accomplishment: delicious pasta. Facts are facts, however, and pasta – particularly of the processed variety – is loaded with carbohydrates and refined flour. Opt for whole-grain pasta instead.

Boxed oatmeal is usually garbage. It’s high in sugar and additives. The good stuff is usually bagged and contains just a small amount – if any – sugar. Real oatmeal is rich is fiber, iron, and protein.

Okay, first check the low-calorie claim, then take a look at the sugar count. Most low-cal drinks offer little to nothing in the way of nutrition. Do yourself a favor and just drink some H2O.

Unless it’s fruit juice freshly squeezed from an actual fruit, it’s probably garbage. Fruit juice tends to be made from concentrate (read: fake stuff) and is packed with sugar.

Just because something has the word “veggie” in front doesn’t mean that it’s healthy. The same goes for any product that has the word “fruit” out in front. Rule of thumb: check the label.

While convenient, most frozen meals are trash. Most taste horrible and are loaded with sodium, preservatives, fat, and calories. Make yourself a sandwich instead.

Who doesn’t love cereal? There’s a reason that your kids dig out the stuff first thing in the morning – and it has nothing to do with health. Outside of whole oats and fortified brands, most cereal is laden with sugar and sodium.

As is evident by the lengthy SnackWells example above, low-fat snacks are not healthy. If a snack claims to be low-sugar it may be okay, but make sure to double-check the label!

Here we go again. Greek yogurt is the only type of healthy low-fat or low-sugar yogurt. Most fat-free varieties have lots of sugar and skimp on the nutritional elements. Try plain yogurt, though, and you just might become an addict.

Pretzels are another snack that can be okay in moderate amounts. Despite many pretzel brands claim to be healthy, however, most pretzel products contain gluten – an unhealthy wheat product – and are loaded with salt.

Unless you’re slicing and dicing up your own fruit cocktail, consider refraining. Canned fruit cocktail is soaked in corn syrup, which is the worst type of sugar on the market.

While most whole-grain breads are quite healthy, the fact that a bread is whole wheat isn’t saying much nutrition-wise. In fact, the whole “low-carb” diet craze started with the thing about bread and how it “makes you fat.”

Just use butter. Most types of margarine are loaded with additives and not likely to help your goals to lose weight.

Again, just because something is marketed as organic or vegetarian/vegan does not make it healthy. Organic foods may still add plenty of sugar or other unwholesome ingredients. Just make sure to read the labels!

Sports drinks are designed for a particular type of person – an athlete. Or at least they say. Gatorade is a legitimate product that does help replenish electrolytes, for example. However, most people aren’t athletes (or physically active). For such people, this is just another sugary drink that could make them fatter.

See above. Low-fat foods are a dismal failure. Unless they’re accompanied by a low-sugar tag, you can bet that such products are loaded with (a) sugar (b) salt, or (c) both. They will not likely help you lose weight. 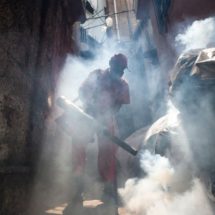 5 Important Things About Zika Virus You Should Know 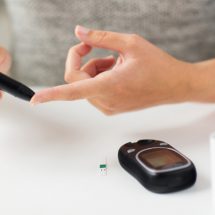 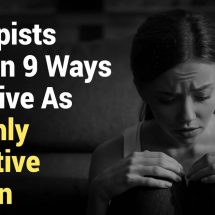 Therapists Explain 9 Ways to Thrive As A Highly Sensitive Person