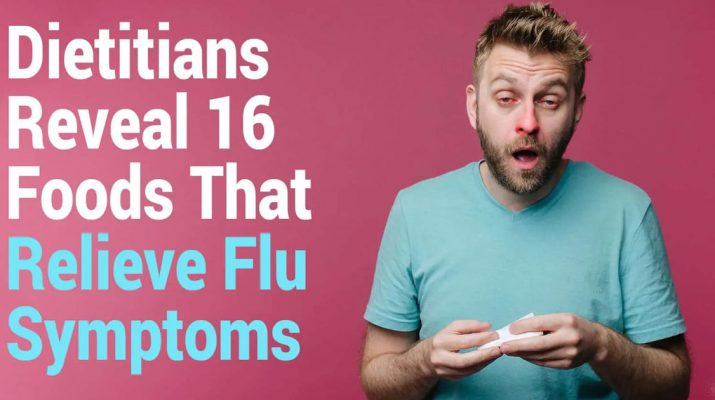 Winter is here, and so is the flu season. In addition to making someone feel horrible, flu symptoms often kill the appetite or even make the patient feel nauseated. Eating food is thus the last thing many people with the flu want to do.

The body, however, needs the energy to fight the viruses that cause the flu effectively. A patient with the flu, therefore, needs to eat, and they need to eat foods that can give their immune system an extra boost. The following are some examples of what a flu patient should eat.

Soups, in general, provide a lot of advantages: They are easy to prepare to digest, and hot soups can soothe sore throats. Many soups are also nutritious. Since they contain water, soups also prevent dehydration.

A study in 2000, however, demonstrated that chicken soup is particularly useful for people with flu. The researchers found that chicken soup fights the inflammation that accompanies the flu. It can thus reduce congestion and some of the other symptoms.

The ingredients in chicken soup provide health benefits. The chicken itself contains proteins and iron, while the herbs, celery, and carrots that are often in the chicken soup also contain beneficial nutrients. The only potential downside to chicken soup is that it can add a lot of salt to your diet.

Garlic has antimicrobial and antiviral properties that enable it to strengthen the immune system so it can fight infections like flu more effectively. Garlic contains a phytochemical called allicin that has antimicrobial properties. Garlic works best when fresh, and some authorities recommend two cloves every day. It can also be taken in supplement form.

3. Fruits And Vegetables That Contain A Lot Of Vitamin C

Vitamin C also strengthens the immune system and thus enables it to fight flu. The science journal “Nutrients” published a review of Vitamin C’s health benefits that described the ways it helped the immune system. The researchers recommend that a healthy person ingest 100 to 200 mg of Vitamin C every day, while a sick person should increase that amount.

Examples of foods that contain a lot of Vitamin C include the following:

Ginger is a spice made from the root of the ginger plant. It can aid digestion and relieve nausea that sometimes accompanies flu. Ground ginger or chopped ginger root can be used as a flavoring for foods like stews or soups. It also tastes great in teas or a mixture of hot water, lemon juice, and honey.

Like ginger, leafy greens also help digestion. They contain many nutrients, including Vitamin C, Vitamin E, fiber, folic acid (Vitamin B9), and iron. Those nutrients can help strengthen the immune system and thus ward off infection.

Leafy greens can be used as side dishes, or they can add texture to salads, smoothies, stews, or soups. Examples of leafy greens include the following:

Oatmeal, especially instant oatmeal, is easy to prepare. It is also nutritious and filling. Oatmeal contains a lot of prebiotics, and the latter can feed the good bacteria in the gut. As a whole grain, oatmeal contains a lot of Vitamin E, which strengthens the immune system. It also includes a lot of fiber, including a fiber called beta-glucan that gives the immune system a boost. Oatmeal is also a good source of polyphenols, which are nutrients that come from plants.

Oatmeal with banana slices provides even more vitamins, fiber, and potassium. This can be particularly helpful to a flu patient since symptoms like vomiting, fever, and diarrhea can cause a depletion of electrolytes like potassium.

Yogurt contains live bacteria that can help fight flu. It also includes a lot of protein.

In 2011, the science journal “International Immunopharmacology” described a study in which researchers fed yogurt to some mice infected with flu. They found that the yogurt stimulated the mice’s immune systems, so they produced more antibodies. The researchers acknowledged that they would need to conduct a trial with human volunteers to truly determine if yogurt would have the same effect on humans.

As a dairy product, however, yogurt can temporarily worsen flu symptoms by increasing the production of mucus. Flu patients with that susceptibility may want to substitute yogurt with other fermented foods like kombucha, sauerkraut, and non-dairy yogurts, for they also contain healthy bacteria.

Like oatmeal, mushrooms contain a fiber called beta-glucan that triggers the immune system, so it will send cells to find and destroy infectious agents. They are also a source of selenium, which helps white blood cells secrete proteins called cytokines that stimulate the immune system and direct immune responses to the site of an infection.

A single 3.5 ounce serving of salmon can provide 360 IU of Vitamin D – which is roughly 1/3 to ½ of what some authorities recommend that people get every day.

Oysters are an excellent source of zinc, which bolsters the immune system. In fact, the NIH reports that oysters contain more zinc than does any other food. Zinc stimulates white blood cells that then attack the viruses that cause colds and flu. Zinc can reduce the severity of both diarrhea and upper respiratory tract infections. A single medium-sized oyster can provide all of the zinc the average adult needs daily.

Sweet potatoes contain a lot of beta-carotene, which strengthens the immune system. Beta-carotene stimulates cells in the immune system, so they grow and develop. It also helps them fight infectious agents. Other orange foods like carrots, cantaloupes, pumpkins, egg yolks, and squash are also good sources of beta carotene.

Honey has antibacterial and antiviral properties that can relieve the symptoms of flu. In 2007, the science journal “JAMA Network” published a study in which researchers worked with 100 children with upper respiratory tract infections. They gave the children a dose of honey, a honey-flavored placebo, or nothing at all half an hour before bedtime. The researchers found that the children who took honey slept better and coughed less than the other children.

A patient should take at least a tablespoon of honey every three or four hours until they start to feel better.

Dark chocolate contains a lot of flavonoids that give it antioxidant properties. It is also a good source of cocoa.

In 2009, the “British Journal of Nutrition” revealed a study in which researchers fed cocoa to rats. They found that cocoa stimulated the immune system and improved the rats’ intestinal and systemic health.

Oregano is an herb used as a spice. It contains a lot of Vitamin K, Vitamin E, Vitamin C, and Vitamin A, which can all help boost the immune system. Those vitamins also give oregano anti-microbial, anti-fungal, and anti-inflammatory properties. As an herb, oregano contains a lot of fiber.

Nausea that can accompany flu also reduces appetite and makes rich food, especially unappealing. The patient may thus prefer a bland diet like toast or brown rice. Both can be served along with soups or salads to ensure that the patient is getting enough nutrients.

It is crucial for someone with flu to stay hydrated, as that will help their body fight the flu more effectively. Drinks that may be especially beneficial include the following:

• Water. Drinking water may help a patient recover more quickly since the kidneys use water to flush toxins and waste from the body.

• Hot water with ginger, lemon, and honey. This drink can soothe a sore throat, and the ginger in it can ease an upset stomach.

Broth and juices can also help a patient stay hydrated. Juices, however, can be loaded with sugar, so it’s necessary to make sure that they don’t have any added sugar.

Final Thoughts: A Few Foods To Avoid If You Display Flu Symptoms

There are also some things that a patient should avoid. Caffeinated and alcoholic drinks, for example, make dehydration worse. Crunchy and hard foods like crackers or chips can have sharp edges that can aggravate a sore throat. Processed food usually lack the nutrients that a patient needs.

Since a patient with the flu often has a reduced appetite, they should choose the most nutritious foods possible, as well as those that soothe a sore throat or otherwise make them feel better. 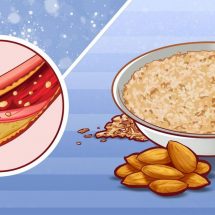 How Long Does It Take To Lower Cholesterol? 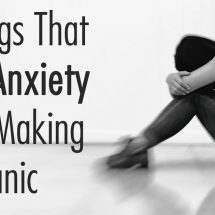 8 Ways To Stop Anxiety From Making You Panic 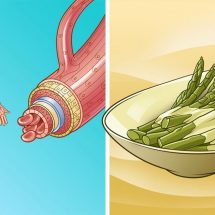 10 Foods That Help Protect The Heart And Clean Arteries