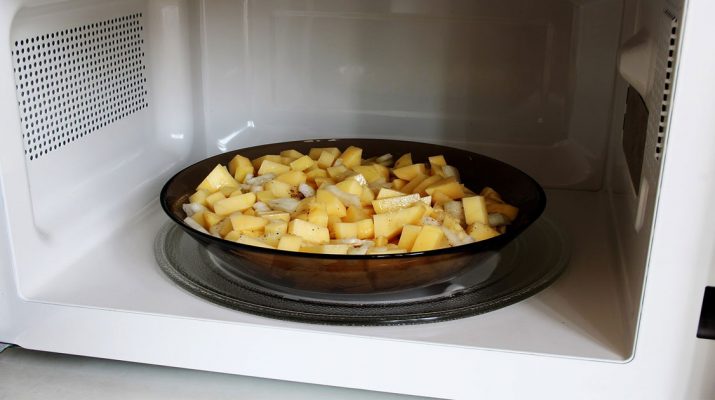 The microwave is a convenient, easy to use, and a super quick way to heat up your leftover foods. While food is never quite as good coming out of a microwave as when it’s fresh, we can’t deny that it’s a good way to get warm food with minimal effort.

Here Are 13 Foods To Never Reheat In A Microwave

Microwaving rice the wrong way can lead to something called fried rice syndrome, which is a type of food poisoning caused by the Bacillus cereus bacteria. These types of bacteria can even live on through being cooked, and when rice is left out at room temperature, this bacteria can truly flourish.

And if you’re thinking of heating up rice that has been around for more than a day by placing it in the microwave, don’t. It’s not worth the food poisoning. Just throw it out.

Chili peppers contain a component known as capsaicin, and this is essentially what causes them to be so hot and spicy. When you put these peppers in the microwave, though, the extremely high temperatures cause those compounds to vaporize. Luckily, this won’t cause them to explode.

But as you can imagine, this means that the steam that these peppers give off is going to be pretty intense. It can burn your throat and eyes due to how hot it is; this is so serious that people have had to evacuate buildings due to microwaved peppers! They may not explode, but what really happens isn’t much better.

Yes, this vegetable is very easy to heat up in the microwave. But it’s a waste to nuke broccoli, as it causes a whopping 97% of all its nutritional content to vanish.

On top of that, cooking broccoli normally already removes a lot of its naturally positive benefits. Steamed broccoli has 11% of its antioxidants completely stripped off – so you can only imagine what microwaving does!

The good news is that it’s okay to put uncooked potatoes in a microwave, no problem. But if that’s the case, why is it on this list? Well, reheating potatoes that have already been cooked is the true problem.

Potatoes contain C. botulinum, which is a kind of bacteria that grows on potatoes and can cause severe health issues. When cooked in aluminum foil, the bacteria is protected within the foil, so you have to eat it as soon as possible.

Popping chicken in the microwave is unquestionably bad for you. Why? First, understand that microwaves aren’t particularly known for killing off bad bacteria reliably. Now, chicken is a food that is very, very prone to bacteria growth, especially salmonella. See the problem now?

Raw chicken needs to be thoroughly cooked in order to kill the bacteria within them. Studies have found that those who cook chicken in a skillet are entirely fine, while those who use a microwave to cook their chicken can wind up with some form of illness. This is because salmonella bacteria survives through the heating process. It’s safe to say chicken is one of the most obvious foods to never reheat in a microwave!

But what about cooked chicken? You still probably don’t want to microwave it either, which is a real pity since it’s such a common leftover. But doing so can alter the composition of the protein in the chicken, causing you to have digestive problems to deal with after.

If you’ve already cooked mushrooms and there are leftovers, it may be better to throw them out right away or commit to reheating them absolutely properly. This is because mushrooms, like other types of fungi, are extremely vulnerable to bad bacteria and other microorganisms.

Whole eggs with shells on them should never be boiled in the microwave. The extreme temperatures reached during the microwaving process can lead to a lot of internal pressure. This goes for microwaving already hard-boiled eggs, too. Basically, eggs have a history of exploding in a rush of painfully hot steam and causing burns.

Unfortunately, even unshelled eggs are not safe from this, as the inside of the egg can still experience a buildup of steam within. This means that when you cut open the egg, the extremely hot steam can rush out on your hands and/or face.

Specifically, we’re talking about frozen fruit. But why would anyone put frozen fruit in the microwave? Well, apparently, some people find zapping them in the device for a short while is a quick way to defrost fruit they’ve forgotten to move out of the freezer.

What’s the issue with this? Doing so actually opens up fruit to receiving carcinogens, effectively removing a lot of the positive properties and health benefits you would have gotten from them.

On top of that, it can lead to illness and cause your immune system to go down when you eat those forcefully defrosted fruits later. Your best bet is to simply defrost frozen fruit in your fridge a few hours before they’re needed, or even overnight.

Red pasta sauce can still taste delicious after being nuked in the microwave. But there’s just one problem. No matter how short of a time you’re trying to microwave a vat of red pasta sauce, it is going to explode and ruin the inside of your microwave.

The tomato chunks in red pasta sauces can block steam from escaping the sauce properly. Then, all of a sudden, the sauce explodes outwards due to built-up pressure – and you’ll be left to clean up the horrible mess that comes out of it.

Even if there aren’t tomato chunks in our pasta sauce, it’s likely still going to be too thick to have the steam escape from within easily. It’s best to put a saucepan on the stove and stir the sauce on low heat until it’s warm instead.

Popular  10 Benefits You Get When You Quit Smoking

All processed meats are generally unhealthy thanks to all the preservatives they are stuffed with that help them extend their shelf life. When you microwave those meats, though, the bad chemicals within the processed and refined foods begin to change in composition, making them even worse for you.

The resulting microwaved processed meats may contain oxidized cholesterol thanks to the radiation from the microwave. This can, in turn, cause an increased risk of heart disease. Not to mention that processed meats have all sorts of bad effects, from causing weight gain to resulting in decreasedpositive thinking, and even lessening your energy levels.

So, what should you do instead? Use foil to wrap your bread and put it in the oven. Although it takes just a touch longer, it will also taste and feel much better.

Leafy green foods such as spinach, celery, kale, and more often find their way into our leftovers. But electrical engineering professor Mark Golkowski explains that some vegetables have different properties that can actually cause microwaves to spark. This will not only burn your veggies, but it may also break your appliance.

In addition, some studies have found that many leafy greens contain nitrates that, when exposed to a microwave’s heating process, can turn into nitrosamines. These nitrosamines are actually worryingly carcinogenic, removing all positive qualities of your greens and making them dangerous.

13. Food That Has Already Been Reheated

Taking some leftovers out of your fridge and heating them up in any way at all is something you can only do once. The more times you have cooled, heated, cooled, heated, and cooled and heated food again, the greater the chances that bacteria has grown on the food and become dangerous to eat.

Final Thoughts On Some Foods To Never Reheat In A Microwave

There are plenty of reasons that the microwave isn’t the best option to reheat food. With that being said, we totally understand the appeal. Still, it maybe isn’t the best idea to microwave these particular foods unless you want to deal with negative aftermath ranging from digestive issues to illness, and from explosions to messes.

But don’t worry! Practice some positive thinking and turn to the stove, or even an oven, instead. You’d be surprised how much better food can taste when not reheated the so-called lazy way. The fact that these other reheating methods don’t cause food poisoning or pressurized steam attacks is even more of a welcome bonus. 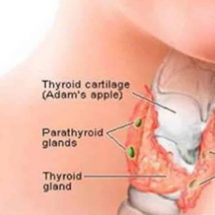 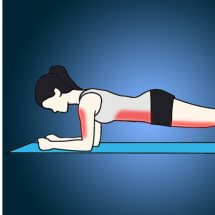 A 5-Week Planking Challenge to Flatten and Tone Your Tummy 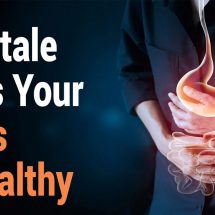