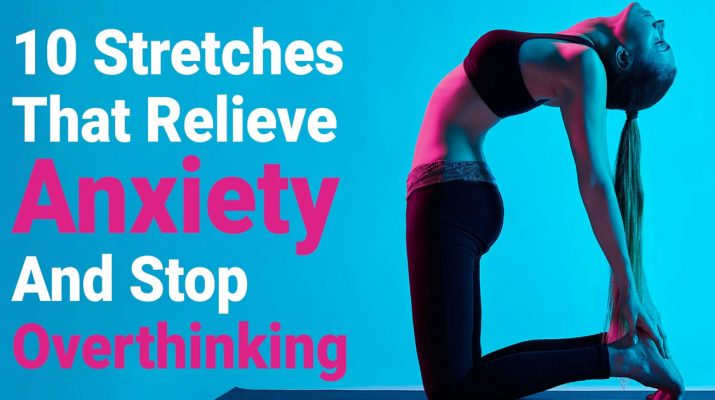 The hectic, busy, stress-high lifestyles we lead contribute to the development of various serious physical, emotional, and mental health issues. While we all experience stress from time to time, it can become a serious problem as soon as it starts to interfere with daily life.

Nowadays, the anxiety rates are on the rise, and the findings of a 2018 poll released by the American Psychiatric Association (APA) showed that 40% of respondents felt more anxious than a year ago.

The national anxiety score this year is 51, which is 5 more than last year. Millennials were found to suffer from anxiety than Gen X or baby boomers.

In America, anxiety was linked to all five tested areas, health, safety, finances, relationships, and politics. Overall, 39% of people admitted to being more anxious this year than last year. Therefore, it is of high importance to learn more about anxiety and understand it in order to be able to properly prevent and treat it.

The Anxiety and Depression Association of America (ADAA) reports:

Here are the types of anxiety:

It affects about 6.8 million Americans, and it involves excessive and persistent worry about various things. These people face difficulties to control their worries, and always think of the worst scenario in order to mentally prepare themselves. It is diagnosed when a person cannot control these worries for over 6 months. People with GAD often suffer from symptoms like stomachaches and headaches. GAD is believed to be caused by stress, family background, or genetics. Women are twice more likely to develop it, and it can begin at any age, usually between childhood and midlife.

This disorder affects 15 million adults in the U.S. and is characterized by immense anxiety in social situations, hyperawareness of oneself, and fear of judgment and rejection.

These people worry about their appearance, mannerisms, and ability to converse with others. The most common symptoms include stuttering, blushing, stumbling over words, or freezing during a conversation, as well as physical symptoms like sweating, panic attacks, an increased heart rate, and nausea.

Most people develop social phobia by their teen ages, and it can seriously interfere with their life. They avid working with people, miss social engagements with friends, and in more severe cases, they avoid going to work, school, shopping, job interviews, fail to maintain their relationships and friendships.

They have an increased risk of depression and substance abuse problems.

Panic disorders affect about 6 million American adults and are diagnosed in people with frequent, spontaneous panic attacks, who live in fear of an upcoming attack. This disorder usually develops after age 20, but panic attacks can also be experienced by children too. Women are more susceptible to this disorder, and panic disorders disrupt the life of a person. If the patient suffers from agoraphobia as well, the symptoms increase.

Many people are afraid or ashamed to talk about their panic attacks, and isolate themselves and avoid discussion about their problem.

It affects about 3.5% of the American population, and it is developed by people after a traumatic event, that triggers flashbacks, nightmares, or intrusive memories.

This disorder is severe and debilitating and usually lasts for months and years after the event. The tragic events usually include a sexual assault, death of a family member, a natural disaster, motor vehicle accident, terrorist attack, combat, sexual assault, or other near-death experiences.

Women are twice as likely to suffer from it as men, and it often co-occurs with anxiety disorders, substance abuse, and depression.

They affect 19 million adults, and the term covers the fear of various things, like heights, spiders, driving, flying, elevators, etc. Patients do their best to avoid the triggers of their irrational fears, which makes it hard to carry out their daily tasks. This lowers their self-esteem and productivity and puts a huge strain on their relationships. While some phobias are developed early in life, most of them happen unexpectedly, during teenage years or young adulthood.

Obsessive-compulsive disorder (OCD) affects 2.2 people in the U.S. across the world. It is characterized by obsessions (intrusive thoughts or images that cause extreme anxiety) and compulsions (behaviors performed by the person in order to cope with their anxiety).  In most common cases, these obsessions are linked to hygiene, impulses, the need for symmetry, and contamination.

Yoga has been found to be of great help in the treatment of anxiety disorders, since it stimulates the release of feel-good hormones, and creates a state of harmony between the body and mind.

It lowers stress, releases the build-up the tension, soothes the muscles, and relaxes.

According to Katharina Star, Ph.D.:

“Despite the challenges of panic attacks and other anxiety symptoms, there are many self-help strategies that can assist you in coping with anxiety. Numerous self-care activities and relaxation techniques are available to help you feel more calm, peaceful, and in control. Some of the most common relaxation strategies include breathing exercises, progressive muscle relaxation, and visualization.

These techniques have been found to reduce anxiety and may even help you manage your panic symptoms. Yoga is an activity that actually encompasses all three of these common relaxation techniques.

Additionally, yoga has been known to help ease stress, reduce feelings of nervousness, and enhance mindfulness. For these reasons, yoga has been considered to be potentially beneficial for people with anxiety disorders, including panic disorder.”

“Yoga is believed to have originated in India over 5,000 years ago. Derived from the ancient Indian language of Sanskrit, the term yoga means “to yoke” or “unite.”

Yoga practice involves a joining of the body, mind, and spirit. Through breath work, meditation, movements, and relaxation, yoga can help restore a sense of personal balance.

Yoga has become a popular way to renew the body by increasing strength, improving balance, and enhancing flexibility. Many people are devoted to the yoga lifestyle that includes a practice beyond physical exercise.

Numerous non-exercise aspects of yoga, such as breathing exercises and meditation, can help calm a busy mind and assist in letting go of stress. Given the many stress reductions benefits of yoga, it is not surprising that yoga can also be helpful in managing fears, panic, and anxiety.”

“Besides the calming effects of a general yoga practice, restorative poses, inversions and forward bends are especially calming to the body and mind, helping to reduce and prevent excessive anxiety.

If symptoms of fatigue, depression, and heart palpitations are present, the qi or energy of the heart center may be weak, and heart opening poses such as Cobra, Pigeon, Fish, Boat, Bow, and Bridge would both strengthen and calm the heart chakra.

Emotions play a large role in anxiety disorders. An excessive feeling of fear, worry, irritability, anger, and depression can all add and exasperate our level of anxiety.

Twists, hip opening poses, and sidebends will all help to balance the emotions, and thus help reduce feelings of anxiety. Twisting and hip opening poses harmonize the nervous and endocrine systems, the two primary systems that regulate our emotional health, and side bending poses activate the Liver meridian, the energy channel known in Chinese medicine to regulate the emotions.”

Here are some beginner yoga poses that can help you relieve anxiety:

Sit up straight, stretch out the legs, bend the knees while pulling the heels toward the pelvic area, and press the soles of the feet together. Allow the knees to drop to the sides. Place the thumbs on the arches of the feet, while the shoulders are back and the chest up. Hold for five minutes.

To perform this anxiety-relieving pose, sit up straight with the legs out in front of you. Flex the toes and elevate the hands over the head. Stretch, breathe in, and bring the arms slowly forward. Breathe in, elongate the spine, and lean forward a bit. Breathe out, move the navel toward the knees and slightly raise the head. Repeat a few times, place the head on the legs, and hold. Inhale and return to the starting position. Exhale and lower the arms.

Sit straight up with the legs stretched out in front of you, the back straight, and the feet pointed upwards. Press the buttocks to the floor, stretch the spine, and place the palms next to the hips. Press the entire lower half of the body to the floor, breathe deeply, and hold for half a minute.

Breathe in, and while breathing out, bend the body to the right from below the hips.

With the waist straight, raise the left hand, while touching the floor with the right hand. Bend the body sideways, breathe deeply, and hold for as much as possible. Return to the starting position on the exhale, and repeat on the other side.

To perform the cow pose, start on all fours, and with the gaze straight ahead. Breathe in, and raise the tailbone. Push the navel down and hold the pose for a few breaths.

The cat pose is the opposite pose. Exhale, drop the chin down to the chest, arch the back, and relax the buttocks. Hold for a few breaths.

Kneel down on the floor with the big toes touching each other. Stretch the arms out in front and lean forward, spreading the knees hip-width apart. Lay the torso between the thighs and try to rest the crown of the head on the floor. Hold for as much as possible.

This pose boosts the flexibility and strength accelerates blood flow, and regulates your blood pressure and heart rate, relieving stress.

Start kneeling on the mat, with the hands on the hips, the knees and shoulders aligned, and the soles of the feet facing the ceiling. Breathe in, push the hips and tailbone out, and arch the back. Slide the palms over the feet and straighten the arms. Hold for a minute.

Lie on the back, with the knees bent and the feet on the floor hip-width apart. Inhale, elevate the back off the ground, roll the shoulders in, and keep the chin resting on the chest. Then, tighten the buttocks, and with the thighs parallel to the floor, lift the torso off the floor, and hold for a minute.

This can be a difficult pose, so don’t perform it at the very beginning. Lie flat on the stomach with the legs hip-width apart, fold the knees and reach the hands toward the ankles. Then, raise the chest and legs and pull the legs back. Hold for 20 seconds.

This pose is for the end of the workout since it is basically a meditation. Breathe deeply, close the eyes, and with the palms facing up, relax the body and mind. Do this for 10-12 minutes.

Try these yoga poses and you will immediately feel better! 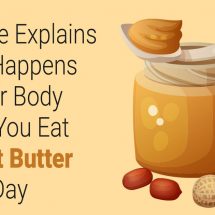 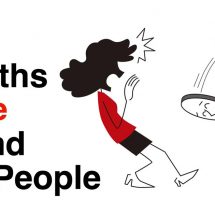 Why Empaths Freeze Around Fake People 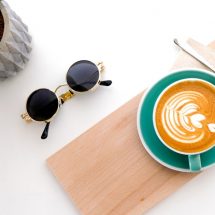 5 Ways To Use Coffee For Skin Detoxing