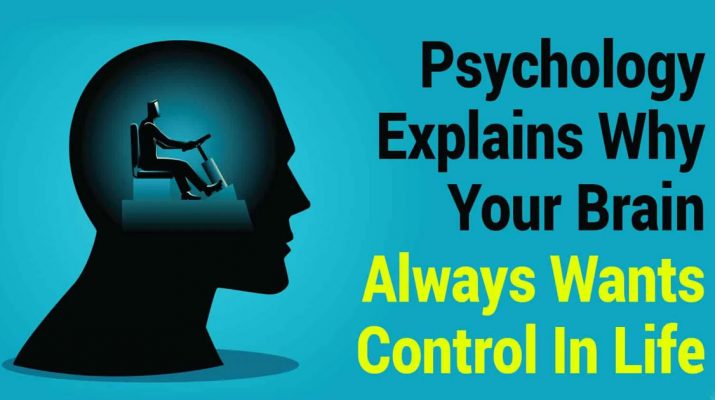 Have you ever wondered why your brain always wants control of your life? Not in the obvious biological way. But in the handling of uncovering all the underlying causes of, well, everything. It can lead to overthinking and loss of focus.

Most of our days, we go through a pretty redundant, consistent routine.  We expect most things to occur in a predictable pattern, including our interactions with others.  Then something unexpected and seemingly out of the blue happens.  It may be a surprisingly happy turn of events or a potentially devastating one.  In either situation, we automatically seek an answer as to why – karma, the God of your choosing, luck, the Universe, or some may even say “it’s about time,” implying statistical chance.

Yet we remain unsatisfied with random chance.  We need something more definitive than that.  Why is that?  Why does our brain scramble to find an acceptable cause so that events feel in control?  Psychology explains why your mind always wants control of your life.

How Do We Seek Answers?

Have you ever noticed that when you are asked a question, you automatically wrack your brain for a probable answer? That’s true even if you don’t know the reason.

What about how we tend to disregard information that doesn’t match with our viewpoint. Or how about something that triggers us to feel alarmed or uncertain?

We don’t like not knowing something.  It is a core trait of our very existence.   Psychologist Arie Kruglanski coined this need as “cognitive closure.”  According to  The New Yorker, he defined it as “an individual’s desire to a firm answer to a question and an aversion to ambiguity.”  We strive to find an explanation for anything. Additionally, we are highly motivated to accept the most immediate, easily conceived answer.

In an abstract Arie Kruglansky wrote, he stated that this aversion to the random or unknown results in two tendencies – urgency and permanence.  We tend to seek immediate answers. Furthermore, we then cling to the correctness of that answer for as long as possible.  A phrase he coined regarding this is “seize and freeze.”

Once we find and accept a solution, we don’t like to admit we may have been wrong. That is especially the case if it implies that we were incorrect about related biases that we live our lives by.  We then seek information to validate our position, consequently increasing our confidence in our belief.

One example of how this tendency plays out is in our preference in using correlation vs. causation.  Correlation is when we see A, and then we see B and therefore conclude that B caused A.  For example, you find your newly-made sandwich missing with a trail of crumbs on the floor.  Your dog is sitting near the crusts.  You automatically assume that the dog ate the sandwich.  That is a correlation.

Causation states that we should stop and question if there are other possible causes.  In the example above,  other variables would be if anyone else is home who could have eaten the sandwich.  If your son and husband are home, they are potentially the two other variables to be considered.

Popular  Every Year Coca-Cola and Pepsi Contribute to Around 200,000 Deaths

Correlation is a more comfortable and faster way to decide on a solution.  Causation attempts to find all the factors to arrive at a more concrete, and hopefully, accurate answer.  Social media proves every day that we are more than happy to accept correlation as fact if it corresponds with what we believe.

Many world rulers use correlation to convince the public of a specific cause for national distress. And in doing so, they manipulate the need for cognitive closure and the tendency to seize and freeze.

It requires a trained mind to be disciplined enough to think calmly, seek information, and question all the available variables in an attempt to reach a conclusive answer or a solid hypothesis.  Even then, biases may still exist, or variables may yet be unknown.

Answers Lead To Choices That Lead To Control.

Being able to have an acceptable answer to something allows us to feel as if we both have a choice in what to put our faith and actions toward and forwards our perception of control over our reality.

Our Psychological Need To Feel In Control

An article published in Trends Cognitive Science researched how our desire for power points to a psychological and biological necessity.  The basis of this research is that choice affords us the perception of control.  It maintains that not only is control a survival technique but that our brain, through various neural networks, promotes this idea.

The article lists various studies in which individuals who possessed good health and high self-esteem, tended to believe in their ability to manipulate their environment favorably, and were more socially skilled, possessed better academics, work skills, and persistence.  They were also more likely not to acknowledge having a lack of control if a situation didn’t go as planned.

When compared to depressive individuals, they were more likely to justify or excuse the outcome.  A depressive person, on the other hand, was more likely to read the level of control available in the situation accurately.

On the flip side, if someone does not believe himself to possess control of their environment or a specific facet of it, they will resort to less adaptive behaviors and seek to gain power in some manner.

In animals and humans alike, limited or removed control invokes stress, fear, focused, narrowed attention, and further negativity towards what took away the control.  In caged animals, we see a failure to be healthy or reproduce.  Both will attempt to take back control.

A great example is when a parent teaches their child to eat on their own.  Attempts by the parent to remove that control from the child results in the child refusing to eat and acting out unless they can feed themselves.  Such a response at such an early age demonstrates that there is an innate psychological need to be in control.

Biological Design To Feel In Control

Popular  What Does Your Sleeping Position Say About Your Relationship?

The Results Of Some Of Those Studies Include:

Psychology explains why your brain always wants control in life through both psychological repercussions and biological function. Segments of our mind operate to ensure that belief by producing positive, psychological responses to individuals who retain that sense of control.

For humankind and animals to survive and thrive, they need to feel they have some semblance of control over their environment.  Removing that sense causes people to feel stressed, anxious, non-productive, and lacking motivation and drive.  Without motivation, we have no reason to care about living.

The brain’s first intention is always to maintain our survival.  The old brain or instinctual brain focuses primarily on emotions and cognitive function.  Your mind takes in an enormous amount of stimuli from the environment and your body. Thus, it cannot question if it is in control.  It must operate on the assumption of power without any doubt.

Undoubtedly, a situation will arise soon in which we do not have an answer as to why x happened. Then, we will cling to whichever belief best suits us the fastest. This decision will arise so that our brains can continue to keep us functioning.

In short:  Life goes on, so our brain ensures we go on.

How Castor Oil Boosts the Immune and Lymphatic System 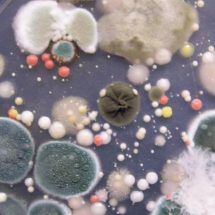 This Is Why You Should Never Wear Your Shoes Indoors 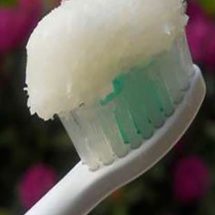 By Using Coconut Oil You Will Be Able To Reverse Cavities And Heal Decomposed Teeth!