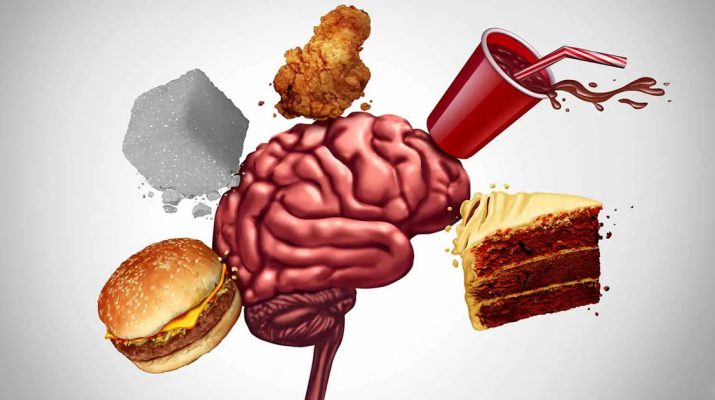 If you enjoy fast food, such as burgers and fries, for example, you are not alone. While these foods are delicious, most of them are high in sugar, salt, preservatives, and saturated fats. All of those facts contribute to numerous health problems in your body (including your brain) with excessive consumption.

Here are some statistics to underscore just how popular these meals are with Americans. Between 2013 and 2016, nearly 40 percent of Americans admitted to consuming fast food regularly. Those stats come straight from the experts at CDC (Centers for Disease Control and Prevention).

What You Should Know About Fast Food Consumption In America

The same study published by the CDC revealed the following when it comes to fast food consumption in America:

What Happens To Your Brain When You Eat Too Much Fast Food?

Now we have a better understanding of just how prevalent fast food consumption is in America. So next, let’s take a closer look at how these foods can lead to poor health.

Of course, we’ve all heard that consuming meals high in fat and sodium contribute to:

However, many don’t know the damage these meals can do to the most important organ in your body–the brain. Indeed, too much fast food can also negatively impact brain health by contributing to the following:

A diet consisting of primarily fast food can lead to severe bouts of depression.  ScienceDaily, an online resource covering topics related to discoveries in science, health, environmental issues, and technology, published a study. They revealed that the more burgers, fries, and pizzas an individual eats, the more these foods will impact their physical health. And, as their health begins to deteriorate, they inevitably become depressed. What’s more, many will continue to consume these foods as a way to combat these negative feelings. And that begins a downward spiral that only makes matters worse.

Along with depression, anxiety can also be caused by consuming too much fast food. Most of these meals contain a fair amount of refined carbohydrates. These can cause blood glucose levels to fall dangerously low, which can trigger feelings of anxiety. Beyond that, low blood glucose levels can lead to panic attacks, insomnia, and hypoglycemia.

Also, note that even fast food marketed as being healthy can trigger anxiety. For example, an article published by livestrong.com revealed that many salad dressings contain a high amount of sodium benzoate, a preservative commonly used in acidic foods. Sodium benzoate can trigger anxiety and may also lead to a decline in motor function if consumed excessively. Along with salad dressing, sodium benzoate is also commonly used in soda as a way to enhance its high-fructose corn syrup flavor.

Even worse than anxiety and depression, a diet rich in fast foods, particularly those that contain a lot of sugar, can lead to neurodegenerative diseases. These conditions include dementia and Alzheimer’s.

Research proves that consuming excessive amounts of fast food can cause the pancreas to produce too much insulin. Thus, the brain may develop an insulin intolerance.

For those who may not be as familiar with insulin resistance, it is a pathological condition in which cells do not respond correctly to the insulin hormone. If this happens, it can impede the brain’s ability to create and store memories. Eventually, it can give way to dementia, Alzheimer’s, and other neurodegenerative diseases.

Most will agree that a fast food meal is hardly complete without a cold, refreshing soda; however, these drinks, when consumed excessively, have been linked to hyperactivity. Studies show that the sugar, artificial colors, and sodium benzoate in these drinks can trigger a sugar rush, which is often characterized by feelings of jitteriness. This form of hyperactivity can last anywhere from 30 to 40 minutes and can include the following symptoms:

Consuming too much fast food can make learning more difficult, according to a study conducted by researchers and scientists at RMIT University, a public research university located in Australia. The study revealed that many of the fast foods that teens and young adults enjoy the most, such as pizzas, burgers, and fries, for example, can lead to a decline in neuroplasticity, the brain’s ability to form and reorganize synaptic connections.

Human brain development doesn’t stop until an individual is in their early 30s. Therefore, a decline in neuroplasticity can be especially troublesome for teens and young adults. However, the same can also apply to older adults who are already at risk of developing a neurodegenerative disease.

For those who may not be familiar with neuroinflammation, it is a clinical term used to describe inflammation of the hippocampus. That is the small region of the brain that forms part of the limbic system and stores short and long-term memory.

Over time, a diet rich in fast food can cause this region of the brain to become inflamed. When this happens, the hippocampus is no longer able to receive signaling messages from the stomach to indicate that it is full, which can lead to overeating and, worse yet, weight gain.

How To Avoid Giving In To Fast Food Temptations

Studies show that the primary reason many Americans choose fast food over healthy, nutritious meals is that they are more convenient. That’s hard to argue against when you consider that there is a McDonald’s, KFC, or Burger King on just about every corner of every neighborhood in America. It is also worth noting that, for many people, fast food is an addiction, according to a study published by the National Institute of Health. That said, let’s take a look at a few ways to go about avoiding fast food temptation and cravings:

Popular  5 Warning Signs Someone Has Dementia

One of the best ways to avoid giving into fast food temptation is by meal planning, which entails planning out a day or even a week’s worth of healthy meals. In doing so, you will be less likely to give in to the temptation and cravings that otherwise drive you to eat fast food.

Drinking plenty of water not only keeps you hydrated but also feeling more satiated, which means you will be less likely to indulge in unhealthy eating. Beyond that, drinking at least eight 8-ounce glasses of water per day provides numerous health benefits, such as preventing constipation, improving digestive health, and preventing kidney stones, for example.

Eating more foods rich in lean protein, such as turkey and chicken breast, can help reduce food cravings by keeping you feeling satiated longer. Of course, it would be a good idea to opt for the grilled or baked variation when it comes to these foods. To further illustrate this point, in a study shared by Healthline, individuals who increased their protein intake by 25 percent noticed a significant decrease in food cravings.

Getting between 7 to 9 hours of deep, restorative sleep each night has been shown to help individuals avoid giving into cravings and temptation when it comes to fast food and other unhealthy snacks. A recent study revealed that those who are sleep-deprived are more likely to make poor food choices and also 55 percent more like to become overweight or obese.

Practicing mindful eating is another great way to avoid cravings and temptation. It can also benefit those who struggle with binge eating. In short, mindful eating is a form of meditation that enables individuals to become more aware of themselves. Also, this practice increases awareness of eating habits, emotions, and cravings when it comes to food.

With practice, most individuals can become very adept at distinguishing from cravings, temptation, and physical hunger when it comes to their desire to eat. Although you can technically practice mindful eating while indulging in fast food, a healthy, well-balanced meal would be a much better choice.

Bottom Line On Avoiding Fast Foods To Improve Your Wellness

A diet consisting of primarily fast food can cause a number of health problems. And therefore, they should only be consumed in moderation. Instead, you should provide your body with nutrient-rich foods, such as lean meats, vegetables, fruits, and whole-grain carbohydrates, especially if your goal is to live a long, healthy life. 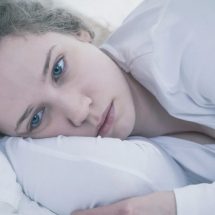 7 Signs You Have An Iodine Deficiency 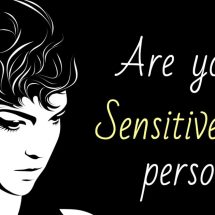 The Dark Side of The Sensitive Person: What Every Empath Must Know About Themselves 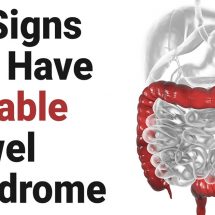 11 Signs You Have Irritable Bowel Syndrome