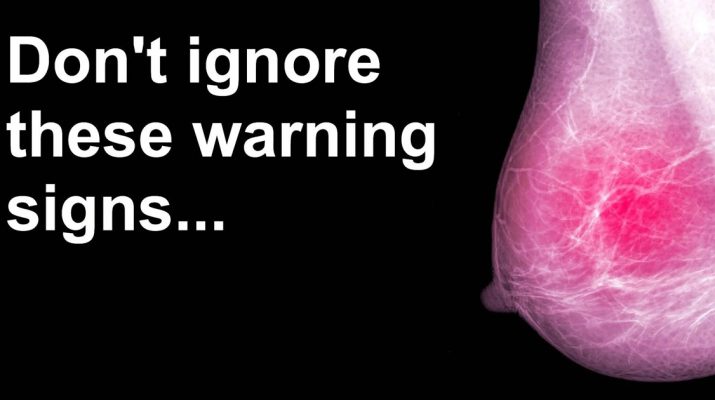 Breast cancer is one of the most common diseases worldwide. This life-threatening condition affects one in eight American women and thousands of men. In 2016, it accounted for 30 percent of newly diagnosed cancers. Regular screening can help detect abnormal cells in early stages and increase your chances of survival. Mammograms are the best way to identify breast tumors early when they are easier to treat.

Statistics indicate that more than 40,450 women and 464 men in the U.S. alone died from this disease in 2013. Breast cancer is the primary cause of death among Hispanic women, and the second most common cause of death among Caucasian and Asian women. This form of cancer occurs when breast cells begin to grow out of control. Over time, they form tumors that can be felt as a lump.

However, there are earlier signs that may indicate that something is wrong. A new mole, coughing, fatigue, changes in bowel habits, and other symptoms should be reason enough to visit a doctor. Early detection is the key to recovery.

Most forms of breast cancer are treatable. Screening tests can help detect abnormal cells before they cause signs or symptoms. If you have a family member with breast cancer, regular tests are a must.

Dry cough, shortness of breath, and sore throat may indicate that cancer cells have spread to the lungs. This problem is known as secondary breast cancer and occurs in 60 to 70 percent of women who become terminally ill. Yet, most patients overlook these symptoms because they mimic those of other less serious conditions, such as common cold and flu.

Cancer cells can irritate the pleura (the lining around the lungs), causing difficulty breathing and fluid buildup. Some women may also experience chest pain and hoarse throat that doesn’t subside. If these symptoms persist for more than a few weeks, consult your doctor immediately.

Even though moles are usually linked to an increased risk of skin cancer, it’s not always the cause. A study conducted on 5,956 women has found that those with the most moles had a 13 percent higher risk of breast cancer. The risk appears to be higher in pre-menopausal women with many moles.

Popular  Want to Lose Weight Without Gym? Here’s What you Need to Do…

Fatigue is one of the most common signs of cancer. Although this symptom may also indicate thyroid disorders or hormonal imbalances, it shouldn’t be taken lightly. If it’s caused by cancer, it won’t go away when you sleep more or get plenty of rest. This condition is often accompanied by depression, poor sleep, and constant pain. You may feel weak, tired, and sluggish for no reason.

Research shows that nine out of 10 breast cancer patients experience fatigue during treatment. However, this symptom may also occur in early stages of the disease and last for months after the treatment ends. If you have low energy and feel tired all the time, see your doctor immediately.

Abdominal bloating, constipation, bladder incontinence, and tenderness are among the main signs of breast cancer. This disorder causes hormonal changes that affect digestion and organ function. Some patients experience loss of bladder control when laughing, coughing, or sneezing. Others report a sudden need to urinate.

Cancer puts stress on your body and messes up your hormones, which can upset the digestive system. Abdominal or pelvic pain, changes in bowel habits, loss of appetite, unexplained weight loss, and swelling in the abdominal area indicate that something is happening in your body. If you notice any of these symptoms, get some tests done.

Eight out of 10 people will experience back pain at some point. Prolonged sitting, poor posture, bad lifting form, arthritis, and injuries can increase your risk of back pain. Unfortunately, this symptom might also indicate that breast cancer cells have spread to your spine.

Cancer-related back pain feels as though it’s coming from the bone, putting pressure on the spine and ribs. Some women have trouble moving around or sleeping at night because of it. The pain can weaken your bones, leading to fractures. Most times, back pain caused by cancer is accompanied by nausea, confusion, thirst, irritability, tiredness, and constipation. The good news is that treatment can be started long before your bones become weak enough to cause throbbing pain and affect your everyday life.

Rarely Discussed Breast Cancer Signs You Should Be Aware Of

There are many other signs of breast cancer that women tend to ignore. It’s better to prevent this disease in the first place. If you already have cancer, early detection could save your life. The sooner you get a diagnosis, the sooner you can begin treatment.

Popular  Why You Should Massage Your Feet Before Bed

Menstrual changes, heartburn, upset stomach, lymph nodes in the armpit, and difficulty eating are some of the most common yet overlooked signs of breast cancer. Check your breasts regularly for lumps, hard knots, swelling, and nipple discharge. In its early stages, breast cancer may also cause headaches, loss of balance, blurred vision, constant nausea, difficulty urinating, and numbness anywhere in your body. If you notice these symptoms that don’t go away within two weeks, seek medical help.

Watch out for these signs and let your doctor know about it. Breast cancer symptoms vary from one individual to another. Don’t wait for a lump to show up in your breasts; by that time, it could be too late to get treatment. If you have any signs of cancer, stay calm and talk with a professional. Remember that breast cancer can be successfully cured. 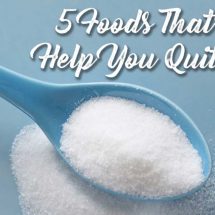 5 Foods That Will Help You Quit Sugar 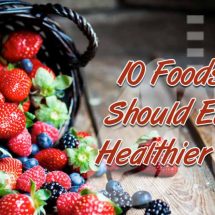 10 Foods to  Eat for Healthy Lungs