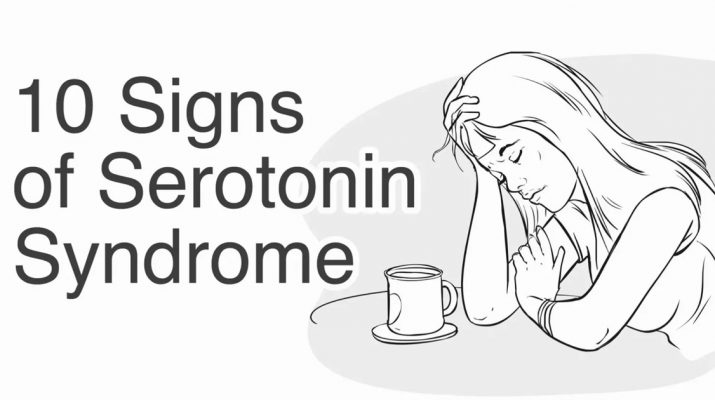 Serotonin is one of four main neurotransmitters of the brain and body, along with acetylcholine, dopamine, and GABA. – WebMD

Serotonin (ser-o-TOE-nin) is one of four chemicals that carry signals along nerves; hence the name neurotransmitter. 80 to 90 percent of serotonin is found in the gastrointestinal tract, or gut, and is crucial to both brain and body functions.

The chemical is created through biochemical conversion. The building block of serotonin is tryptophan, which is also the foundational component of proteins. Tryptophan binds with hydroxylase, which creates a chemical reaction that produces 5-hydroxytryptamine (5-HTP), otherwise known as serotonin.

(Note: we realize some of these unpronounceable words can be a bit frustrating. This writer decided to include the scientific names of chemicals, medications, etcetera, as they may be important to someone who is at risk of Serotonin Syndrome; especially if they are communicating with a doctor or health professional.)

Why is serotonin important?

Serotonin is important for a variety of reasons. It’s known mostly for its role in regulating mood, but it also helps normalize appetite, digestion, social behavior and sleep. Cognitively, serotonin primarily affects learning and memory functions.

It’s also known as an important chemical for happiness and well-being, which is what comes to most people’s minds.

What happens if we’re deficient in serotonin?

Well, as an important chemical for sending and receiving nerve signals, the lack of serotonin disrupts internal “communication.” It is this disruption that causes the various adverse psychological effects, such as depression, lowered sexual desire and function; as well as disrupted sleep, memory, and learning.

Outside of the brain, serotonin affects the functioning of the cardiovascular system, endocrine (n-doe-crin) system, and various muscles. Per WebMD, there is some evidence that “a defect within the serotonin system may be one underlying cause of SIDS (sudden infant death syndrome).”

So again, serotonin deficiency = depression and excessive serotonin = other sicknesses (or Serotonin Syndrome.)

Related Article: How to Increase Your Serotonin Levels

Serotonin Syndrome on the other hand, occurs when there’s an excessive amount of nerve cell activity, which can be a fatal condition.

Serotonin Syndrome may occur if you’re taking certain medications known to affect the production of serotonin. Per WebMD, “The greatest risk of serotonin syndrome occurs if you are taking two or more drugs and/or supplements together that influence serotonin.” Most frequently, serotonin syndrome happens when someone “first (starts) a medicine or (increases) the dose.”

Popular  10 Traits Of A Type A Personality

Prescription medications are the primary cause of serotonin syndrome. The most commonly prescribed class of medications that affect serotonin levels are antidepressants.

SSRIs, or selective serotonin reuptake inhibitors, work by blocking reabsorption of the chemical in the brain; increasing the amount of serotonin available. SSRIs are “selective” in that they do not affect other neurotransmitters.

SNRIs are a treatment option when a patient is non-responsive to SSRIs – something that occurs in approximately half of individuals diagnosed with depression. SNRIs may also be effective against ADHD (attention deficit hyperactivity disorder), GAD (generalized anxiety disorder), and CFS (chronic fatigue syndrome).

As mentioned, serotonin is produced via biological reaction within the body. It is important that we mention some “precursors,” or “other stuff” (supplements, vitamins, minerals, etc.) that can increase the levels of serotonin.

Here are a few things known or thought to increase the chemical in the blood: vitamins B6 and B12, vitamins C and D, folate, magnesium, DHA (in fish oil), inositol, normal thyroid function, and intense exercise.

It’s important to know because depression is one of the most common medical conditions in the world. More people are diagnosed with depression (and anxiety) than any other.

Third, because Serotonin Deficiency is a potentially-fatal condition.

Lastly, because we have a healthcare system known for overprescribing antidepressants (and other prescription drugs.) While these drugs may indeed be helpful to some, others face the risk of dependency or worse.

Symptoms of Serotonin Syndrome “often begin within a few hours of taking a new medication that affects serotonin levels or excessively increasing the dose you are already taking.”

Here are some of the more common signs and symptoms of Serotonin Syndrome, per WebMD:

Popular  7 Exercises To Reduce The Size of Your Belly

If you experience a combination of any of the above symptoms, seek medical attention immediately. 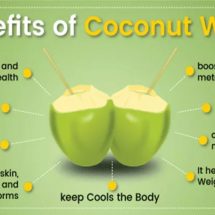 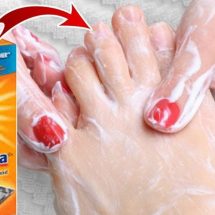 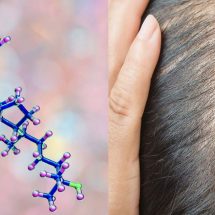