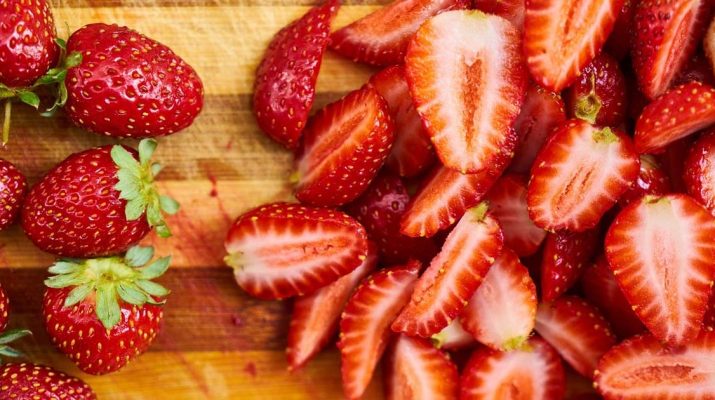 Berries have been widely studied due to their potential health benefits, in particular, their anti-cancer properties. Many studies have provided evidence that among berries, strawberries, organic ones, in particular, can help in fighting against cancer.

In a study that was conducted by researchers from Sweden, it was reported that extract from organic strawberries are especially effective at inhibiting cancer cell growth because they contained more antioxidants, and also a higher ratio of ascorbate as compared to dehydroascorbate, its oxidized form.

Also, extracts from organic strawberries were more significantly effective in preventing cancer cell proliferation as compared to extracts from conventionally-grown ones.

Berries are known to be good dietary sources of fiber and vitamin C, and evidence reported that these 2 are the primary cancer-fighting components of berries. A report that was published in the American Institute for Cancer Research reported that foods that are rich in vitamin C are likely to protect against esophageal cancer. While, foods rich in fiber are known to help prevent colorectal cancer.

Also, strawberries are particularly filled with ellagic acid, which is a natural phenol antioxidant. Laboratory studies showed that ellagic acid can help to lower the risk of cancers of the breast, bladder, lung, esophagus, and skin.

Quercetin is also another cancer-fighting component of strawberries. Research that was published in the Journal of Agriculture and Food Chemistry identified the means by which fruit components or extracts work against human liver cancer cells.

Out of all the compounds studied, quercetin was revealed to be the most active polyphenol, thereby, significantly decreasing cancer cell viability by up to 80% after only 18 hours of treatment. Also, effective cell death from strawberry extract was reported to be dose- and time-dependent.

Also, Quercetin is a flavonoid that contains antiviral, anti-inflammatory, and anti-cancer properties. Earlier research has linked this flavonoid to the prevention or slowing down of other forms of cancer, including cancers of the breast, ovaries, leukemia, colon, and lung.

Also, strawberries and quercetin can help decelerate the normal cell cycle before cell death, thereby, suggesting that these protective actions may take place together with the different phases in the cancer cell development.

Strawberries may fight off cancer, but can be the cause of cancer if they are grown conventionally. This is due to the fact that conventionally-grown strawberries are filled with pesticides, which cancel out all the benefits you can get from eating strawberries.

Also, these pesticides are known carcinogens, or cancer-causing substances. A study that was published in the journal JAMA Network has found a potentially harmful associated between eating vegetables and fruits high in pesticides, and having fertility issues.

In 2018, strawberries were on the top of the Environmental Working Group’s (EWG) “Dirty Dozen”, list of vegetables and fruits with the most pesticide residues for the 3rd consecutive year. In the study, the EWG, which is a non-profit research group, reported that nearly a third of all strawberry samples had at least 10 pesticides. One sample even contain 22 pesticide residues.

The study based its findings on almost 39,000 U.S. Department of Agriculture tests of 47 vegetables and fruits reported almost 70% of conventionally grown produce contains pesticides and 98% of peaches, strawberries, cherries, nectarines, and apples have at least 1 pesticide.

Old-Person Smell Is Actually A Thing, And Here’s Where It Comes From

Stop Buying Lemons. Here’s How To Grow An Endless Supply of Lemons At Home