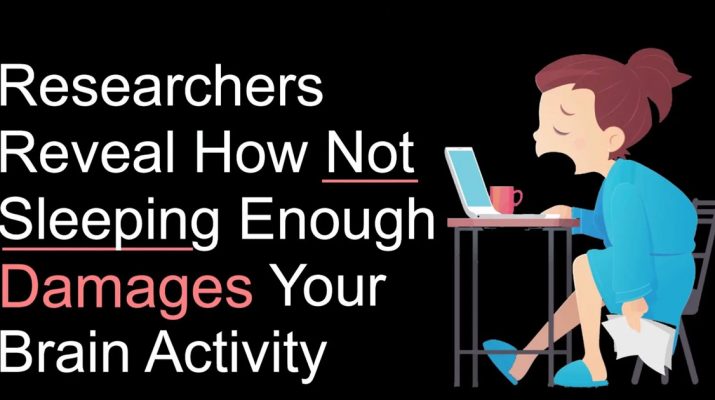 “Research suggests that sleeping helps learning and memory in two distinct ways. First, a sleep-deprived person cannot focus attention optimally and therefore cannot learn efficiently. Second, sleep itself has a role in the consolidation of memory, which is essential for learning new information. ” ~ Harvard Medical School

A research team from the University of Zurich (UZH) and the Swiss Federal Institute of Technology (ETH) in Zurich, Switzerland sought to examine the effects of disturbed sleep on learning.

The study, published in the journal Nature Communications, discusses the brain’s ability to adapt and establish new connections (i.e., neuroplasticity) in response to the external environment. Neuroplasticity is essential to learning anything new.

We’ll discuss some of the study’s fascinating discoveries in this article.

Sleeping and the Motor Cortex

The functions of the motor cortex are “in the planning, control, and execution of voluntary movements.” If that sounds pretty important, it’s because it is!

We rely on a healthy, functioning motor cortex to coordinate body movements, turn the steering wheel, remain erect while walking, and use a keyboard.

In a study of 13 individuals (7 men, 6 women), researchers required participants to perform a series of motor tasks following one night of restful sleep and one night of disturbed sleep.

Following the night of restful sleep, the participants were successful in maintaining a high level of task performance throughout the daytime hours; though task execution, as it often does, markedly suffered as daytime transitioned to night.

Participants were given related tasks following the night of disturbed sleep. Unsurprisingly, they did not perform well. The research team notes that the group’s highest level of performance on the sleep-deprived day resembled that of the previous sleep-deprived evening.

According to scientists, disturbed sleep doesn’t allow the brain’s messaging connections, called synapses, to rest adequately. As a result, it is difficult – despite our best efforts – to get our brain going the next day.

Physiologically, the electrical signaling within the brain never “normalizes” – and the synapses remain in an excited state. When the brain’s neurons and synapses are not working correctly, our ability to learn new information is nearly quashed.

Nicole Wendroth, professor in the Department of Health Sciences and Technology at ETH Zurich and co-author, says:

“In the strongly excited region of the brain, learning efficiency was saturated and could no longer be changed, which inhibited the learning of motor skills.”

According to media reports, this study was the first to prove the fundamental connection between learning efficiency and deep sleeping.

Although the study focuses on the connection between sleep and learning, it’s findings may prove useful in the diagnosis and treatment of epilepsy – a seizure condition that affects nearly 29 million individuals.

“We have developed a method that lets us reduce the sleep depth in a certain part of the brain and therefore prove the causal connection between deep sleep and learning efficiency […] Many diseases manifest in sleep as well, such as epilepsy. Using the new method, we hope to be able to manipulate those specific brain regions that are directly connected with the disease.”

The Importance Of Sleep Hygiene

Per the National Sleep Foundation, sleep hygiene “is a variety of different practices and habits that are necessary to have good nighttime sleep quality and full daytime alertness.”

One of the best things we can do to ensure good sleep hygiene is to spend an adequate amount of time in bed – not too much or too little. Other recommendations, per the NSF, include:

– Avoid stimulants such as caffeine and nicotine 2-3 hours before bedtime.

– Don’t eat a heavy meal before bedtime, and refrain from foods that may cause indigestion (citrus, spices, carbonated beverages.)

– Get an adequate exposure to light throughout the day.

– Don’t use a cell phone or other electronic device in bed.

– Don’t drink more than 6 ounces of liquid prior to bedtime.

– Go to bed at wake up at the same time every day, including on the weekends.

– Ensure that your sleeping environment is pleasant. Use white noise machines, fans, ear plugs, eye shades, or blackout curtains if these things make it easier to fall and stay asleep.

How Does A Man Show He’s In Love, According to His Zodiac Sign? 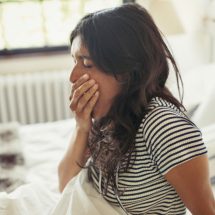 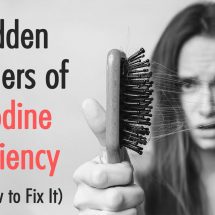