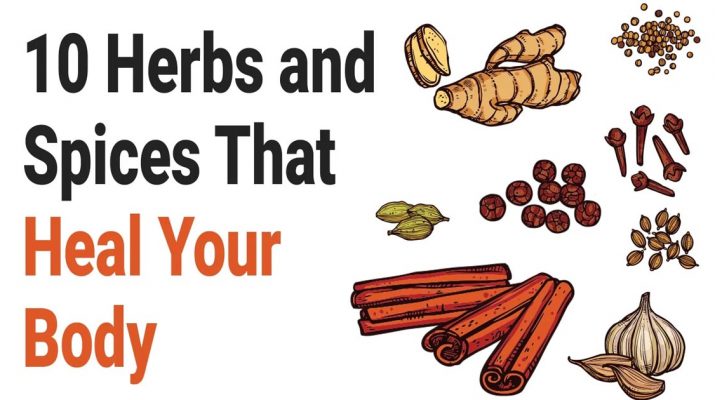 The addition of spices and herbs that heal your body has been an ever-increasing interest in the United States.  This is in part due to the high cost of medications and the realization that current medications have severe side effects which are almost as deadly as what they are treating. In addition, since people are living longer, there is increasing interest in preventable measures to promote a higher quality of life in their older years.

The use of herbs and spices in mankind’s history dates back centuries. Actually, it pre-dates recorded history.  We even have several medications that contain roots from certain herbs and spices.  Is it really any wonder that we would search out better ways to live by returning to what has been part of our history and that science has been utilizing anyhow?

The study of herbs and spices that have healing properties is still in its infancy in order to verify purity, dosages, and the validity of the medicinal claims.  There are 10 herbs and spices which have been proven, or have strong evidence, to heal the body.

Definition Of An Herb And A Spice

The definition of an herb and a spice really is not all that clear and there does some to be exceptions to the rule.

A spice, according to Cambridge Dictionary, is defined as “a flavoring for food made from part of a plant, such as its fruit, seeds, or root, usually dried and made into a powder.”

It is important to point out that herbs can be used as a spice and that spices can have medicinal uses.  The most important part of each of the definitions is more on the parts of the plants used rather than what the plants are used for.  It is also possible for the same plant to have one name as an herb and another as a spice. For example, cilantro is considered an herb but its seeds, when ground, are called coriander.

An additional point of interest is how the definition of an herb specifies that the leaves are used in cooking to give flavor or in making medicine.  A plant, when used for medicinal purposes, is not limited to the leaves; rather, any part of the plant may be used and individual parts of the same plant may have different benefits, or even be toxic.

History Of Herbs And Spices

One of the oldest known ingredients for “flavor enhancement and preservation” is salt.  It dates back in recorded history as far as 6,050 BC. Likely, salt was used even before this.  Salt played a crucial role in mankind’s desire to trade; it also found use as a currency in many parts of the early world.  Yet, salt is not a spice.  It’s a mineral.  However, with the salt-inspired trade came the discovery of other spices and herbs in various parts of the world.

Popular  10 Signs of Gifted Children That Every Parent Should Know

As far back as 3,500 BC, we have evidence of Egyptians using spices for cosmetics, food flavoring, and embalming the dead.   The oldest written evidence of plants used for medicine is on a Sumerian clay slab from Nagpur about 5,000 years ago.  This slab had the recipes for 12 different medications with over 250 plants used in the preparation.

From then on, there are multiple references to herbs and spices being used for medicinal uses, a form of currency, in negotiations for territories, in religious books and more.  Spices and herbs were what motivated Christopher Columbus to find new land and countries to find new travel routes, which would open up the creation of canals and connect two continents to allow for a faster route.

It was not until the early 19th century that there was a change in the knowledge and use of medicinal plants with the growing aid of science.

Current Medicines Based On Herbs And Spices

While we often distinguish herbal medicine from more traditional medications, many of our current prescribed medications come from herbs.  Such as:

It is estimated that about 25% of the drugs prescribed worldwide were derived from plants and about 121 such active compounds are in use.

Herbs And Spices That Heal The Body

Curcumin is the active ingredient found in turmeric.  It has been recognized as a powerful antioxidant, anti-inflammatory, and digestive aid and there are studies which state it may even treat or prevent Alzheimer’s disease.

There are hundreds of compounds in ginger which create various benefits.  This spice has long been recognized for its beneficial effects in treating nausea, but it also has digestive benefits, antioxidants, and mild anti-inflammatory effects related to joint pain.  Some studies show its potential use for prevention and treatment of cardiovascular disorders; it helps to relax blood vessels and stimulate blood flow.

Recognized to reduce cholesterol, have antioxidant properties, and reduce inflammation.

One of the oldest spices and among the most used.  It has been proven that a half of a teaspoon to 2 teaspoons a day can reduce blood sugar by 20% in diabetics.  It aids in the reduction of cholesterol and digestion and can provoke blood flow while reducing peripheral vascular resistance, making it great for your circulation.

The seeds of the cilantro plant, coriander, has been proven and documented in treating diabetes and cholesterol.  There are also some studies in regards to it being used to reduce platelet aggression.

Popular  5 Signs You May Be A Psychic Intuitive

Aids in reducing allergy reactions in the nose and sinus congestion and acts as an antioxidant. Also, some evidence shows that the smell of it can boost brain function.

Probably one of the most used plants in cooking, garlic has an ingredient called allicin. This contributes to both its strong odor and its health benefits.  Evidence links garlic to increased cardiovascular health, lower cholesterol (possibly up to 9%), and a 5% reduction in blood pressure. It is also an antioxidant and has antibacterial effects.  Additionally, several studies point to a wide array of benefits related to blood anti-clotting and reducing cholesterol from the arterial walls.

This spice has been used in ointments targeted toward arthritis through the active ingredient capsaicin.  It creates a warming or thermal heating from the body which aids in reducing joint pain as well as increasing fat burning and decreasing appetite.  Sadly, if you are accustomed to eating hot peppers, it loses its effectiveness; your body can build a tolerance to it.

This little seed is used to prevent or relieve gas build up, increase hydrochloric acid in the stomach which aids in digestion, fight acid reflux, and help to absorb B12, calcium, iron, and protein.   Additionally, it has been used by dentists in its essential oil form as a pain killer in emergencies.

Thyme has been used to aid in the treatment of respiratory infections such as bronchitis. It reduces mucus production and coughing, and has proven to inhibit bacterial growth.

While there has been a drastic increase in the American public turning to herbal solutions, it is important to understand why it is taking science so long to “approve” their use:

The future potential of returning to the more natural use of spices and herbs in treating or preventing mankind’s various health issues looks great.  However, not everything you read regarding the benefits of herbs or spices has been verified.

It is highly recommended that you research science or medical reports prior to taking any herbal supplement. This not saves you money, but saves you from potential toxicity from wrong dosages or irresponsible marketing making false statements.   If you are currently on medications, many of these herbs or spices, when used medicinally, can create an unfavorable interaction.  Natural remedies should be used with caution and under the supervision of a medical professional.

If you aren’t taking any medications, though, the spices and herbs listed above should be safe to use in recipes or as stand-alone health remedies. 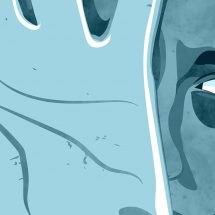 How to Release Attachments to Emotional Pain 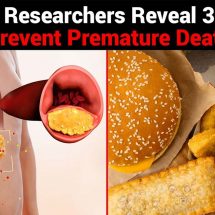