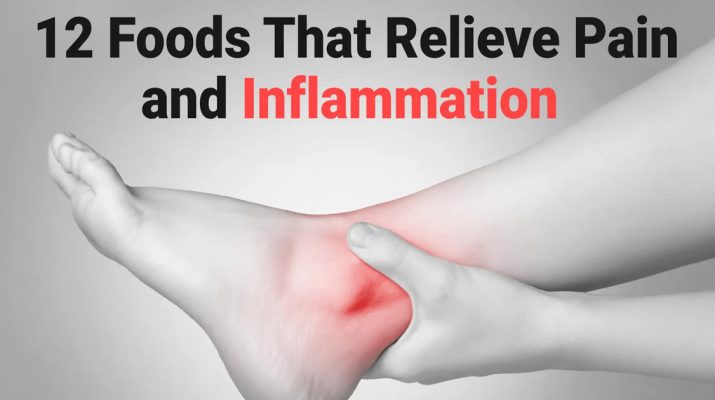 Whenever our body senses something “foreign” – a chemical or toxin, for example – the immune system becomes active. As a result, it triggers an inflammatory response. These internal processes serve one purpose: to ensure your survival. But they can go astray.

Inflammation becomes a problem when it persists. That is, your body releases anti-inflammatory hormones despite there being no threat. This malfunction of the immune system is the catalyst for many of the major diseases – including arthritis, Alzheimer’s, cancer, depression, diabetes, and heart disease.

The best cures for inflammation aren’t at your local pharmacy. Eating anti-inflammatory foods is, in fact, the best preventative and treatment measure for a maligned inflammatory response. “Many experimental studies have shown that components of foods or beverages may have anti-inflammatory effects,” says Dr. Frank Hu of the Harvard School of Public Health.

Foods are thought to influence the immune system, hence the inflammatory response, via the intestinal wall. In a 2017 study published in the journal Inflammatory Bowel Disease, researchers discovered that eliminating certain foods can even improve symptoms of inflammatory bowel disease (IBD).

“Doctors are learning that one of the best ways to quell inflammation lies not in the medicine cabinet, but in the refrigerator.” – Harvard Health Publishing

Considered one of the very best “superfoods,” avocados are one of the most nutrient-dense foods on the planet. Containing high amounts of fiber, magnesium, and potassium, avocados promote digestion, heart, and nerve health. Studies demonstrate that eating a serving of avocado with a meal lowers inflammation markers (an increase in blood protein levels signals lower levels of inflammation.)

Unlike its white counterpart, brown rice does not cause inflammation. In fact, brown rice may have some anti-inflammatory properties. Magnesium – which helps to relax blood vessels, muscles, and nerves – may be a big reason why brown rice is useful for suppressing inflammation.

Broccoli contains a potent antioxidant called glutathione, which is tied to a lower risk of arthritis development. Plenty of other fruits and vegetables contain healthy amounts of this antioxidant, including asparagus, avocado, grapefruit, and tomatoes.

This delicious treat is loaded with antioxidants that are known to reduce inflammation drastically. Dark chocolate also promotes the balancing of the gut’s flora, or healthy bacteria, making it an excellent choice as a probiotic. Just make sure to pick dark chocolate with a minimum of 70% cacao (look at the ingredients.)

Per the Arthritis Foundation, which calls arthritis “a disease of inflammation,” fatty fish is considered perhaps the most potent anti-inflammatory food in existence. Omega 3s, found in fatty fish, obstruct pro-inflammation immune cells. Excellent vegetarian and vegan sources of omega 3s are flaxseed and quinoa.

The bioactive compound in ginger, gingerol, has both powerful anti-inflammatory and antioxidant properties. Ginger has been found to significantly reduce muscle pain and soreness in various studies.

Research shows that foods rich in vitamin K also reduces inflammatory markers found in our blood. Kale, by far, has the highest “K” amount of any food, with over 443% of recommended daily value (DV). Other foods high in vitamin K include mustard greens, swiss chard, collard greens, natto, and spinach.

Per Harvard Health Publications, the publishing arm of Harvard Medical School, nuts reduce inflammation markers, as well as lower our risk of cardiovascular disease and even diabetes. Nuts are also high in tryptophan, an amino acid that may lessen pain sensitivity.

An orange contains over 230 phytochemicals and flavonoids. Flavonoids, which can also be found in tea and wine (yay!), display a variety of protective properties, including anti-inflammatory, antioxidant, anticancer, and antiviral compounds. The remaining phytochemicals work to protect our cells from damage.

Per a study published in the Journal of the Academy of Nutrition and Dietetics, Chinese women who ate soy on a regular basis had 25 percent fewer inflammatory markers than those who did not. Per the study, soy also possesses potent anti-cancer properties.

While technically a spice, the active ingredient of turmeric, known as curcumin, is one of the most active inflammation-fighting compounds on the market. Not only is turmeric/curcumin outstanding for reducing inflammation, but it is also an effective pain reliever! Studies show that less than one teaspoon of turmeric reduces the same amount of pain as 800 to 1000 milligrams of ibuprofen. Incredible!

What Not To Eat

You knew this one was coming, didn’t you? No real genuine inflammation-fighting article would be complete without a list of “No-no foods!” Here they are: 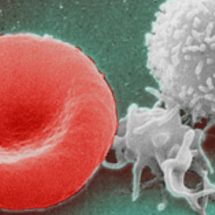 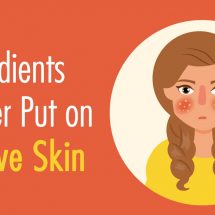 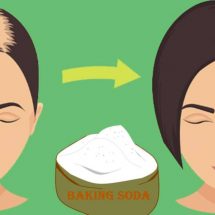 Use Baking Soda Instead of Shampoo and Get Incredible Results!