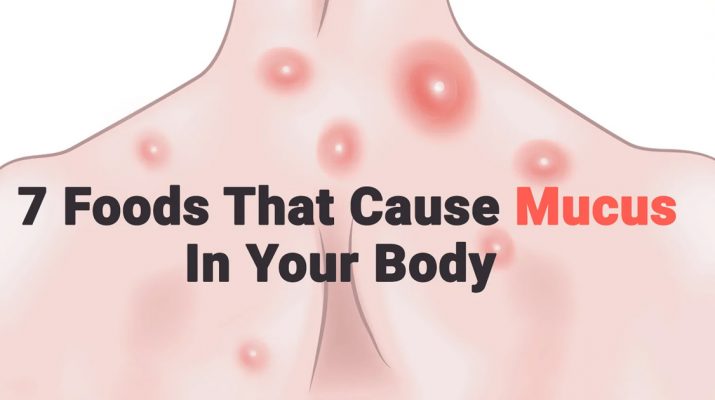 Many people only think about mucus or phlegm when they’re feeling ill. Mucus is that sticky annoying substance that makes your nose feel blocked. Phlegm is very similar to mucus in that way – but it’s produced from your lungs instead.

Mucus is different, as it’s mostly in your nose and it can cause some nasty conditions such as sinusitis, or make you wake up with crusty eyes and a puffy face. It might not surprise you that there are some foods that cause mucus. Consuming these foods, especially when you are already under the weather, can make you feel worse.

The best way to avoid being affected by the effects of mucus is to rid your diet of foods that cause mucus production. That might not be very easy – and you don’t have to quit those foods cold turkey – but making a conscious effort to reduce them in your diet will yield effects straight away.

Eating these foods in moderation is also a good step to take. If you suffer from problems caused by excessive mucus, you’ll find yourself feeling much better just after a week of adjusting your diet. Without further ago, let’s get to this list of foods.

Here Are 7 Foods That Cause Mucus In Your Body

“Mucus is the cause of every disease. Eliminate the mucus and you eliminate the disease.” – Dr. Sebi

Cheese, milk, yogurt and all other dairy products contain casein – molecules that increase mucus secretions. Therefore, consuming a lot of dairy products means that there will be more mucus in your throat and sinuses.

Lactose, in general, is very bad for mucus production, too. Try replacing the milk in your coffee or cappuccino with a dairy alternative like almond. There are also a variety of plant-based milk that can do the trick – and feel free to experiment until you find the one that you like. If you’re feeling adventurous, try some dairy-free cheese and ice cream, too! You’ll be surprised at the great tastes you can find.

As much as you love sugary treats, you need to be aware of the fact that sugars are one of those foods that cause mucus in your body. Even sugar in your coffee or tea is in danger of making your body produce more mucus, as well as processed fruits and even simple things like glazed fruits. Try to replace sugar with anything you can find; honey and agave nectar are always two good alternatives. In baking, you can just use more fruit, which is a natural source of sugar.

This doesn’t mean that you need to turn vegetarian; however, if you do have the flu, it’s a good idea to avoid any kind of meat or fish because they will make your mucus discharge even worse. In the long-term, try to limit your meaty meals to several a week, rather than eating meat every day. With fish, try to consume even less, because fish is very rich in fatty acids and oils that can also contribute to mucus production.

If you’re looking for a dairy or meat alternative, try to steer clear from soy-based products, such as soy milk, tofu, and tempeh. They’re fine to eat in moderation – as is pretty much everything on this list – but when you’re ill, soy products can make you feel worse, so try to avoid them then. Look for something that has coconut in it instead, as that’s a good antioxidant and doesn’t cause as much mucus to be produced.

Bread, pasta, pizza dough, and all other carb-related foods are very rich in grains, which can worsen mucus production while you’re sick. Additionally, try to stay away from most beans and legumes when you’re ill because they’ll only make you sniff harder. Try to replace them with some freshly cooked vegetables instead.

No matter whether it’s beer, whiskey, vodka, or any other type of alcohol – drinking is discouraged while you’re ill because alcohol tends to dehydrate you and dehydration means that stronger mucus is going to form in your body. If you’re thinking about replacing alcohol with soft drinks, take note that carbonated sugary drinks can dehydrate you too. The best source of hydration while you’re ill is water – because there are no additives in it, and it can easily break down the mucus.

Fruit and vegetables are a part of every healthy diet, but that doesn’t mean that there are no vegetables that can cause increased mucus production in your body. Potatoes – and potato-like plants such as plantains – are full of carbohydrates, which isn’t great if you’re trying to fight mucus off, as they are foods that cause mucus in your body! Try to avoid potatoes while you’re ill and consume them sparingly when healthy.

It’s difficult to deal with excessive mucus because it feels like it’ll never go away – but it will, as long as you keep up the positive thinking and the healthy mucus-defeating diet! Continue to be positive and don’t deprive yourself of useful nutrients though, and if you feel very ill, always consult your doctor!

Popular  25 Things You Can Do To Prevent Anxiety 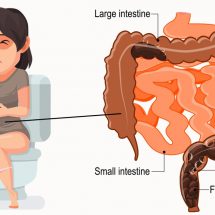 Heyoka – the Most Powerful Empath Type 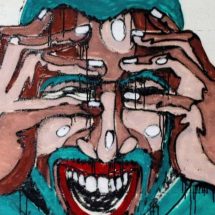