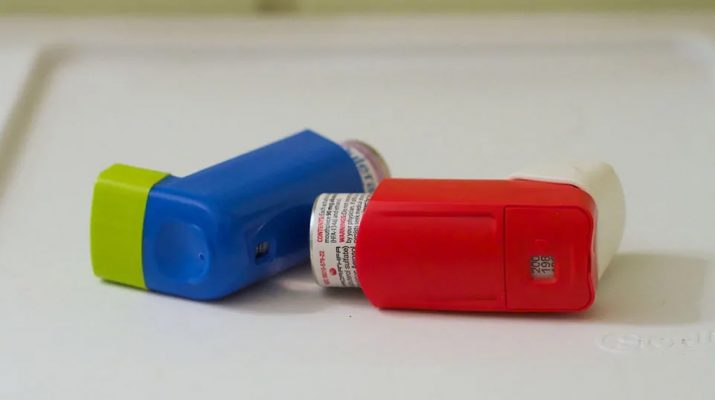 When a person has asthma, their breathing is affected. It can interfere with their daily life and, sometimes, it can even lead to death.

With air pollution on the rise, the disease is becoming increasingly more prevalent in both children and adults. Statistics show that one in 12 adults suffer from asthma, and nine adults die each day.

Asthma is also one of the most common diseases in children, with 9% of children diagnosed with it in the United States. Even though it is a common disease, there are many facts that you may not know.

1. Lack Of Ventilation Can Make It Worse.

In areas with little or no ventilation, symptoms can flare up. One unexpected source of this is in solar-powered homes and buildings. With solar power, there tends to be less ventilation. There must be other ventilation options available in order to prevent issues.

2. Being Exposed To Germs During Childhood Can Be Beneficial In The Long Run.

Studies have shown that when children were exposed to dirt, bacteria, and other germs, they are less likely to develop the disease later on. Children who were kept overly clean and not exposed to many germs had higher instances of asthmatic diagnoses and attacks. Likewise, when the environment a child is usually in is overly clean, that child is being stripped of the chance to build a strong immune system. The lack of immunity can lead directly to asthmatic issues.

3. Aerosol Sprays And Household Cleaners Can Cause An Attack.

Popular sunscreen sprays commonly lead to serious attacks because of the aerosol included in the ingredients. While parents think they are protecting their children by spraying sunscreen on them, it can actually be worse for the child in other ways. Even just spraying these aerosol cans near an asthmatic child can lead to an attack.

The same goes for all other aerosol sprays. These sprays are always unhealthy but, for an asthmatic person, they could be life-threatening.

Common household cleaning products can also trigger an attack. The cleaners are full of toxic chemicals and should be avoided.

4. There Is A Link Between Asthma, Allergies, And Eczema.

Experts are still unsure of the exact reasoning behind the link, and it is still being studied so more information can be gathered.

5. Symptoms Can Be Sporadic.

Sometimes it is a difficult disease to diagnose because the asthma symptoms can come and go. The symptoms may be present one day and then gone for a month. Symptoms can be present every day for a week, go away for a few days, and then come back. It is so unpredictable.

Commonly, wheezing is known as one of the more frequent asthma symptoms. This is true but it may not always occur. Sometimes the wheezing is present but just too quiet for the human ear to hear. Other times, there may be no wheezing at all. It cannot be used as a sure way to diagnose the disease.

Popular  If You’re A Woman With Chin Whiskers, Pay Attention. Here’s What It Means!

7. It Is Highly Treatable, But It Cannot Be Cured.

A cure hasn’t been found yet, but the asthma symptoms can be treated. The available treatment options will allow the person to live a full, productive, and enjoyable life.

There is more than one treatment option available, as well. Some treatments may not work as well for one person as they do for another, so it may take some trial and error to get it right.

Once the correct treatment option is in place, the disease shouldn’t flare up as often as before. With treatment and the avoidance of triggers, it shouldn’t interfere with everyday life anymore.

8. Physical Activity Is Still An Option.

It is true that those with this disease have to be more careful than others, but that doesn’t mean they cannot participate in physical activity at all. With the right medication, asthmatic sufferers can live a normal life, including being active. Moderation is also important but, as long as the asthmatic person is aware of their limits, it isn’t an issue.

The asthmatic person will be able to participate in all the sports they love, and exercise just as often as a person who does not have the disease.

9. Triggers May Be Different For Each Person.

It isn’t likely that two people will have all of the exact same triggers. Usually, specific triggers will be different for each person.

Some common triggers include:

Children who have at least one parent with the disease have a greater risk of developing the disease. With this being the case, it is important for the parents and children to watch for asthma symptoms throughout the child’s life.

However, it is important to point out that a child won’t be sure to develop the disease just because their parent has it.

11. Children Who Have Frequent Respiratory Illnesses Are More Likely To Develop The Disease Than Others.

Respiratory illnesses such as bronchitis and pneumonia cause the airways to narrow. If a child has many of these illnesses, their airways may not function normally, and they may develop the disease.

Additionally, a child who often becomes ill with bronchitis and pneumonia may get these illnesses because of their susceptibility to asthmatic issues in the cold weather.

12. Children May Be Able To Outgrow The Disease Or Some Of The Triggers.

Children who have been diagnosed may be able to outgrow the disease. This isn’t always the case, but it is possible. Unfortunately, the disease can return when they are an adult or when serious triggers are involved.

Popular  6 Reasons Why You Should Reuse Tea Bags

In most cases, however, it is not outgrown. There is always a chance that it will happen, but it cannot be counted on.

It is possible to outgrow some of the triggers, as well. Certain things that used to trigger an asthmatic attack may not be a problem anymore.

13. Some Foods Can Reduce Symptoms.

Pumpkin contains beta-carotene which turns into vitamin A. Vitamin A has been proven to improve lung health.

Vitamin A has been linked to healthy lung function. Since oranges have high vitamin C content, they are a good source.

Sometimes asthmatic episodes can cause oxidation of cells. Antioxidants reverse the oxidation damage.

14. It Can Unknowingly Cause Anxiety.

Experts still do not know the reason for this, but it appears that asthma can cause anxiety. Shortness of breath and the feeling that the airways are restricted commonly lead to anxiety and panic attacks.

In turn, since stress can make it worse, the anxiety may make the asthmatic episode even worse. It can be a vicious cycle if not controlled.

15. Environmental Factors Can Be A Cause.

There are many symptoms, but a person with the disease will probably not experience every single symptom. Sometimes only a couple of symptoms are present, making it difficult to diagnose without testing. Some symptoms are more severe than others.

Final Thoughts On Things You Might Not Know About Asthma

While asthma is a common disease, there are many facets that are not well known, even to those who suffer from it. It is important to know the facts, however, so the disease can be more successfully controlled and treated. The disease differs for each person, so the symptoms and triggers will change from person to person.

Being knowledgeable about asthma is the best way to understand the disease, the risks, and all other aspects of it. It will help you when asking your doctor questions, and when you are trying to explain your problems to others. 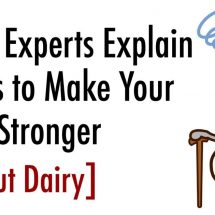 11 Poisonous Plants You Should Avoid at All Costs! 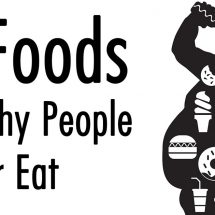