Everyone knows that exercise often goes hand-in-hand with weight loss. When someone wants to lose weight, they go to the gym. They attend fitness classes. They go for jogs or walks more regularly.

But over the years, the message behind this has become twisted. Many people believe that burning as many calories as possible on a treadmill means they can indulge in the richest, most sugary foods afterwards, with no guilt. This is simply not true, and it has resulted in a lot of misinformation surrounding health and fitness.

The fact is that exercise is not the only way to lose weight. On top of that, exercise alone may not be sufficient at all in aiding one’s weight-loss journey! This is all backed by science and over 60 different studies. Here is how researchers reveal why you don’t need to exercise to lose weight.

WHY YOU DON’T NEED TO EXERCISE TO LOSE WEIGHT, REVEAL RESEARCHERS

In 2012, Herman Pontzer published a study that showed his findings from observing the Hadza tribe – one of the very last of the Earth’s hunter-gatherer tribes – for many days. He was positive that they would be burning plenty of calories daily due to constant physical activity, unlike Americans and Europeans who spend a lot of their time sitting down.

But his findings revealed something surprising. These active tribes burned the same amount of calories as people in “first world” nations, even when research was narrowed to account for the different body sizes.

These findings led Pontzer to believe that calories and the way energy is expended may not work in the way that we think. He posited that energy is not just burned away during physical activity, but is used up for basic daily bodily functions that keep us healthy and alive.

Though this piece of research is far from foolproof, it gives us reason to believe that calorie burning has less to do with lifestyle and more to do with the way humans have evolved. This is likely why exercising isn’t enough for many people trying to lose weight.

2.    HOW HELPFUL IS EXERCISE ON ITS OWN FOR WEIGHT LOSS?

The answer: not very much at all, unfortunately. An academic review that took a look at a wide range of studies covering exercise intervention found that, even after 20 weeks, participants do not lose weight nearly as much as intended.

In fact, the review could conclude that the amount of energy expended during exercise had virtually no link to weight loss at all. This science is enough to convince most that you don’t need to exercise to lose weight!

People make the mistake of thinking of weight loss in a binary way. We think about the calories we take in, and about the calories we expend – and that’s it. This rule stems from a very early study from 1958 that states that each pound of fat on the human body stands for approximately 3,500 calories.

Because of this calculation, the world developed the idea that cutting out 500 calories of food intake daily can cause someone to lose weight at a rate of one pound per week. But modern day researchers claim that this is an oversimplification.

Research today shows that cutting calories like this causes a whole host of bodily changes. These changes will cause the body to use and store calories differently than it did previously, which renders calorie restriction moot.

People often operate under the assumption that exercise burns tons of calories. The fact is that it doesn’t. According to obesity researcher Alexxai Kravitz, who is also a neuroscientist and works with the National Institutes of Health, exercise burns between 10 and 30% of daily calorie expenditure. Energy expended is calculated based on:

The fact is that an individual’s basal metabolic rate accounts for approximately 60-80% of the total daily expended energy. Breaking down food makes up around 10% of it. As such, physical activity doesn’t count for much at all – much less actual exercise as opposed to other physical activities like walking, cooking, and cleaning.

This doesn’t mean that physical activity is completely pointless. After all, 30% is a lot. But let’s put it this way – if you exercise and then make up for it by eating an extra snack or resting for long periods of time, you’re not going to see a lot of results.

It doesn’t help that exercise tends to make us hungry, and the meals we eat to feel satisfied in turn can add way more calories than you burned in the first place. To lose weight on exercise alone, you would need to make no changes to your daily routine other than the addition of exercise. You would also need a lot of exercise to see positive results.

It is posited that there is a limit to how much energy can be expended by any one person. A study also published by Pontzer in the Current Biology journal explored the possibility of an upper expenditure limit – something you need to know about if you’re exercising to lose weight.

This study involved 332 adult participants from multiple countries all over the world. These participants were tracked over the span of eight days, and their burned energy, as well as physical activity levels, were monitored and gathered for data.

There were three types of activity levels involved: extremely active daily exercisers, relatively active individuals who worked out thrice a week, and those who are sedentary. These were the natural activity levels of each participant and they were tracked during their normal routines.

This means that one can conclude that no matter how much exercise you do, your calorie burning rates will hit a standstill above a certain level. The more calories you burn, the slower the burning rate becomes.

5.    EXERCISING CAN CAUSE THE BODY TO CONSERVE EXTRA ENERGY.

Our bodies are designed to keep us alive and energetic throughout the day. As such, the hypothesis that the body changes the way it manages energy expenditure after exercise makes sense.

This is known as metabolic compensation and refers to physiological changes that occur when you exert yourself to a certain degree. This means the body may go against our desire to lose weight by conserving energy after a good work out.

This happens differently for other people. As an example, let’s talk about an Obesity Research study from 1994. This study involved identical twins with sedentary lifestyles kept under watchful eye as research lab inpatients over a 93-day time span. These twins had to do two hours of intense exercise bicycle exercises daily and were fed strictly under the supervision and orders of nutritionists who calculated every tiny calorie involved.

The study results showed that participants wound up burning much fewer calories than the researchers expected – a whole 22% less. They also only lost an average of around 11 pounds. This meant that the participants’ bodies may have been regulating their energy expenditure after such intense exercise.

So, we’ve bashed the usefulness of exercise quite a lot here. But that doesn’t mean you should abandon exercise entirely. As a matter of fact, exercise is still a highly positive endeavor and does wonders for your body!

Exercising is great for weight maintenance, for keeping your body fit and feeling good, and for ensuring a healthy mind capable of sharp focus and positive thinking. Although studies show exercise doesn’t amount to anything more than modest weight loss, it has countless long-term benefits on the healthy, including:

Keep in mind, then, that you should exercise for these health benefits – not as your only step in losing weight! There are plenty of reasons to continue exercising. The problem starts when we assume that’s all we need to do to shed weight.

The National Weight Control Registry knows exactly how weight loss can be performed. As of now, this registry has 10,000 adult members who are being studied annually. These individuals are people who have lost a minimum of 30 lbs in body weight and have successfully kept that weight off for at least 12 months.

Every year, these 10,000 individuals answer questionnaires that indicate their lifestyles, habits, and weight maintenance methods. So far, findings from these questionnaires have shown that those who are able to lose weight and keep it off share a number of habits, including:

You might think, “Well, exercise is on the list!” But it’s on the list alongside a host of other factors. Those who do exercise alone do not see as many benefits as those who do all of these things at once.

The most crucial part of weight loss has to do with diet. If you’re not restricting your calories, you’re not going to see the results you want. You should be eating enough calories to sustain you, but not enough to go overboard. And of course, your focus should be on the kind of food you eat; stick to healthy meals in smaller portions.

If you have a great diet and exercise at the same time, then you’re well on your way to losing weight and keeping it off. But just exercising alone isn’t going to cut it. If you can only either watch what you eat or work out, choose to watch what you eat.

Weight loss is a unique journey for everyone. What works for one person may not work for the other. But the fact is that you don’t have to be super active to see progress, so practice positive thinking!

There are countless ways to lose weight, and even more small steps that can help the process. The best thing to do is used methods proven by science to be effective, instead of listening to new fads. Follow research-backed weight loss strategies, and you’ll be on your way to success! 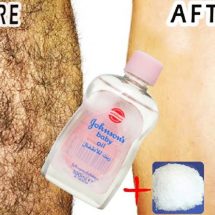 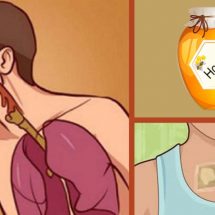