Aspartame is a non-nutritive sweetener which has been added to numerous sugar-free and “no sugar added” foods and drinks, including Diet Coke and Diet Pepsi, for decades.

It breaks down into two amino acids, phenylalanine, and aspartic acid, as well as methanol, which are dangerous and known carcinogens, due to the way they metabolize in the body.

Despite all the experts in the medical field and government who keep claiming that aspartame is not dangerous and that if it was, they would have told us, many people remain skeptical. Apparently, in the name of corporate profits, we have all been deceived about the safety of this harmful product.

Aspartame was developed by the pharmaceutical company G.D. Searle, but the company kept facing difficulties to get it approved by the Food and Drug Administration for 16 years since when it was tested on monkeys and mice, it led to tumors, brain lesions, and seizures, and even death.

The company persisted in offering “evidence” that aspartame was safe, so the FDA finally asked the Department of Justice to prosecute G.D. Searle for submitting fraudulent test data with the goal to get their product approved.

At this time, G.D. Searle, producer of aspartame, made Donald Rumsfeld its CEO, so when Ronald Reagan took office and Rumsfeld became a member of his team, they appointed a new FDA commissioner, and one of his first acts was the approval of aspartame.

Later, when aspartame was to be approved for use in carbonated beverages, the National Soft Drink Association objected, claiming that it is unstable in liquid form and breaks down into, among other things, formaldehyde. Yet, in 1985, Monsanto purchased G.D. Searle and Co. and the NutraSweet Company operated thus until 2000, when it was sold to J.W. Childs Equity Partners.

The FDA has compiled a list of 92 symptoms linked to the consumption of aspartame, including weight gain, nausea, dizziness, blindness, deafness, and even death, but it is still used in numerous products.

“According to researchers and physicians studying the adverse effects of aspartame, the following chronic illnesses can be triggered or worsened by ingesting of aspartame:

“Aspartame is one of the worst artificial sweeteners you can ingest and has been associated with dozens of potential health risks.

The sweetener industry received a blow when a study was released in July 2017 connecting aspartame to an increased risk of heart disease and increased body mass index. Far from the small studies that are sometimes dismissed, this review included a total of almost 407,000 individuals with a median 10-year follow-up.

Researchers discovered that there were not only no benefits from consuming “diet” foods and drinks containing these artificial sweeteners (known as “non-nutritive sweeteners,” since they offer no calories), but those were associated with “increases in weight and waist circumference, and higher incidence of obesity, hypertension, metabolic syndrome, type 2 diabetes, and cardiovascular events.”

Gold also referred to dozens of studies reflecting the negative impacts of aspartame, including the many warnings in piloting material to discourage pilots from consuming it due to the seizures and vertigo it can induce.

It seems that the dangers studied occur very differently in participants depending on who completes the study. For example, one review claims there to be “no unresolved questions regarding [aspartame’s] safety.”

Of course, that particular report was released by NutraSweet. Turns out, 100 percent of industry-funded research finds the same result: that aspartame is totally safe. However, 92 percent of studies funded independently discover adverse effects.”

Yet, according to the Aspartame Resource Center, aspartame is added to over 6,000 products worldwide. Actually, it is a public relations and “information” arm of Ajinomoto, one of the largest producers of aspartame in the world, the other being the NutraSweet Company.

The website is full of information that claims that aspartame is safe, and they even have a section labeled “Meet the doctors,” which lists their “medical advisory board.”

In the section, it says, “The Aspartame Information Center Expert Medical Advisory Board was created to help guide the Center’s communications to health professionals and the public about aspartame benefits, safety, and role in a healthy diet.

The board members provide counsel on current medical and nutrition science, as well as insight on tools that help address the needs of health professionals in their work. Their backgrounds span critical areas of medicine and science, and each has unique experience in health and nutrition.”

It is linked to another site called Calories Count, at www.caloriescount.com, which lists its sponsors: Splenda, Ajinomoto, NutraSweet, and Sweet ‘N Low.

Moreover, let us review the medical professionals who back up all the claims that aspartame is safe.

The first name on the list is C. Wayne Callaway, M.D. According to his own Web site, he received his medical training at Northwestern University, Mayo Graduate School of Medicine and Harvard University.

He also works with the National Institutes of Health, the Mayo Clinic, the U.S. Department of Health and Human Services, and the USDA; he was an advisor to the U.S. Surgeon General and helped develop USDA dietary guidelines.

Popular  Stop Making These 8 Mistakes That Damage Your Kidneys

According to his biography, he “has offered his expert views on nutrition on NBC, ABC, CBS, CNN, PBS, ESPN, and numerous affiliates, and has appeared on the McNeill-Lehrer Newshour, the Today Show, Good Morning America, Phil Donahue, Larry King Live, and other nationally syndicated news and talk programs.”

Yet, the American Society for Clinical Nutrition, A.K.A. the American Society for Nutrition, is supported by “sustaining members,” which, “[provide] corporate financial support for the society’s activities in education/training, scientific programs, and professional outreach.” These people have “the ability to sponsor educational opportunities, grants, and other items.”

Are you interested in the names of some of them? Well, here are several of them:

Therefore, this national expert who publicly speaks about the safety of this substance works with and is paid by the food industry that uses aspartame.  According to his Web site, he also consults for numerous government agencies, including the FDA, and NutraSweet!

All of this is done in the name of corporate profits, as we stated earlier, and the market for artificial sweeteners, with aspartame being the leading one, is worth billions of dollars.

“Whenever a product is labeled “sugar-free,” that usually means it has an artificial sweetener in place of sugar. While not all sugar-free products contain aspartame, it’s still one of the most popular sweeteners. It’s widely available in a number of packaged goods.

Some examples of aspartame-containing products include:

Using other sweeteners can help you limit your aspartame intake. However, if you want to avoid aspartame altogether, you’ll also need to make sure to look out for it in packaged goods.”

Even though the FDA requires that aspartame is listed on the labels of products that contain it, and the Aspartame Resource Center claims that you can see if a product has it by simply looking at the ingredient list, it is actually not the case.

However, if a label mentions “phenylalanine”, which is a component of aspartame, it means that the product contains aspartame. To conclude, the only way to protect yourself and your family from the unwilling ingestion of this harmful product and its dangerous side-effects is to be vigilant. 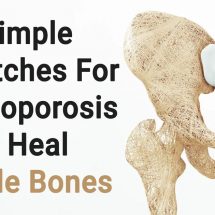 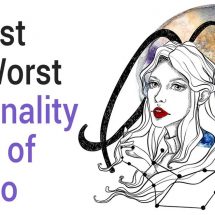 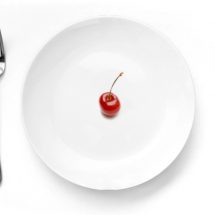 Reboot Your Immune System by Doing This