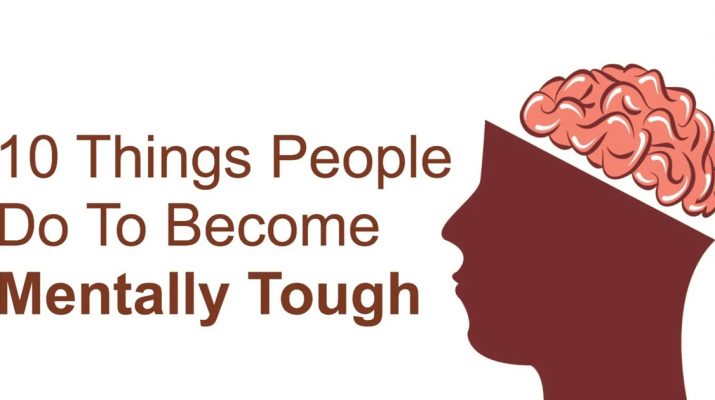 People who are mentally “tough” are the kind of people who know what they want, and how to get it. “We all reach critical points in our lives where our mental strength is tested. Whatever the challenge, you have to be strong, see things through a new lens, and take decisive action if you want to move through it successfully,” says Dr. Travis Bradberry.

“It’s hard to be mentally strong, especially when you feel stuck,” says Dr. Bradberry, but changing your attitude and outlook on life is just one way to become a tougher person mentally. If you’re looking for a way to start being tougher, here are the best ways to go about it.

Here Are 10 Things People Do To Become Mentally Tough

It can be tempting to complain about something that doesn’t go right. But complaining only brings your attitude down. Complaining doesn’t help, so the best thing to do is to look for what you can change.

“Mentally strong people are flexible and are constantly adapting. Only when you embrace change can you find the good in it. You need to have an open mind and open arms if you’re going to recognize, and capitalize on, the opportunities that change creates,” adds Dr. Bradberry.

Even if it’s nothing, you can control your attitude and your outlook on every situation.

2. You Are In Control

And even if you aren’t… act like it. There’s something to the old saying of “fake it until you make it”. If you act like you’re in control, you’ll feel much more relaxed and confident. Even in situations when you’re not in control, acting like it can help center your mind.

“The challenges that come along from time to time are a test of our willingness to stretch and change. The worst thing you can do is to ignore the situation or procrastinate in developing solutions. The challenge is here and the difficulty is now. Focus your energy on the present moment; don’t lose what is right before you,” says president of Lead from Within, Lolly Daskal.

People who are mentally tough have a sense of control, even if it’s just over their own selves. Feeling in control is the path to success.

Practicing mindfulness is one of the major steps to becoming mentally tougher. After all, when you’re mindful and have control of your thoughts, you’re less likely to have an adverse reaction to stress. Mindfulness can also help alleviate anxiety.

“Whether it’s an emotion, a thought, a belief, an impulse, or something in the environment, mindfulness calls us to approaching everything with a curious, nonjudgmental, open, and accepting attitude,” adds Daskal. Being mentally in control is important when it comes to mental toughness.

Sometimes, things fall by the wayside. Staying motivated towards your goals can be hard when life gets in the way. But, people who are mentally tough have one secret in their back pockets. They are consistent with their habits. Practice makes perfect, and to be mentally strong, you have to keep trying.

5. Be Kind To Yourself

How many times have you caught yourself being self-deprecating? People who are mentally tough have a more kind and genuine inner dialogue with themselves.

“Positive daily affirmations can help you develop your mental and emotional strength. Take a few moments every day to look at yourself in the mirror and say something encouraging to yourself,” adds Wiki How.

Start treating yourself the way you would treat a loved one. You’ll be surprised by how quickly your attitude turns around when you start being kind to yourself.

In line with practicing good, strong habits, it’s important to break habits that are bad. “Letting go of a bad habit can help you work smarter, not harder. Giving up bad habits that rob you of mental strength, like feeling sorry for yourself, will ensure your healthy habits are much more effective,” says clinical social worker, psychotherapist and author Amy Morin, LCSW.

Any habit that is maladaptive or makes it harder for you to do your best, either mentally or physically, is considered a bad habit. This requires consistency and commitment, though it’s important to forgive yourself if you slip up sometimes.

7. Distance Yourself From Toxic People

Author Israelmore Ayivor once said, “Fire False Friends as early as possible. Do it before they dig out the dream seeds you’ve planted! The earlier, the better; the quicker, the safer!”

“It’s really easy when confronted with a negative person to get sucked into their spiral of negativity. Choosing not to engage doesn’t mean ignoring them, but it does mean maintaining your emotional distance,” adds Wiki How.

Popular  Hepatitis A Found in Pineapple Slices Sold in Supermarkets in Alberta and B.C.

Know that you’re in control of your own feelings, attitude, and reactions, and take other people’s toxicity with a grain of salt.

People who are constantly saying “yes” to tasks, even when they’re overworked, have a tendency to experience higher stress levels, as well as anxiety. To be mentally tough, it’s important to learn when and how to say “no”.

It’s okay to set boundaries and to put your own health and well-being first. After all, you can’t say “yes” if you’re too overwhelmed.

9. Learn From Your Mistakes

People who are mentally tough don’t fear mistakes. After all, making mistakes is all part of learning. It’s also part of being human.

“Perseverance gives you the ability to face any difficulty, any challenge, any setback without being defeated. It’s better to have a lifetime full of small failures that you learned from rather than one filled with the regret of never having tried,” adds Daskal.

The thing that makes a mentally tough person different from someone else, is that they learn from their mistakes. They embrace them and allow those mistakes to make them a better (and more mentally tough) person.

Taking responsibility for your own actions, your own thoughts, and your own feelings is one of the best ways to become mentally tough. People who are mentally tough rarely blame other people for their own shortcomings or make an excuse. When something goes wrong, they say to themselves, “Okay, now how can I make it better, and how can I make sure it doesn’t happen again?”

Being mentally tough isn’t about how smart, confident or motivated you are. People who are mentally tough develop good habits, and then they stick with them. These are the things that people do to make sure that they toughen themselves up mentally. It’s good to practice any of these in your daily life, whenever you can.

“Low self-confidence isn’t a life sentence. Self-confidence can be learned, practiced, and mastered — just like any other skill. Once you master it, everything in your life will change for the better.” – Barrie Davenport

Garlic – Ginger Soup Made With 52 Cloves of Garlic Can Defeat Colds, Flu and Even Norovirus 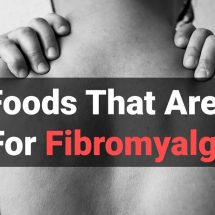 10 Foods That Are Bad For Fibromyalgia 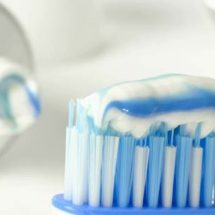