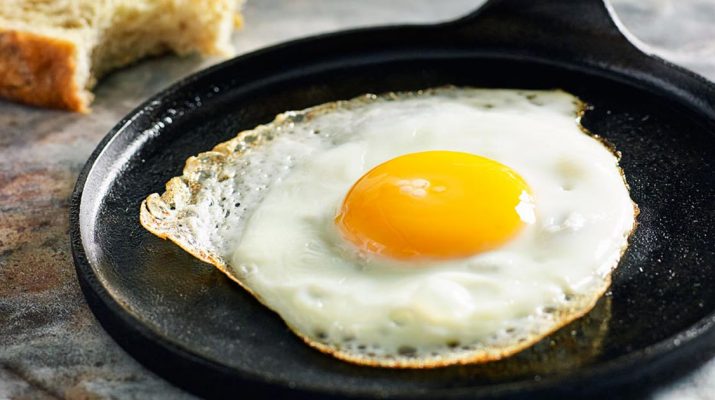 Remember when egg yolks were out of style and everyone was eating omelets made only from egg whites? If a team of researchers from Northwestern University Feinberg School of Medicine has their way, that trend will come back in full force. Their new research findings point to a link between eating eggs regularly and some deadly consequences.

New Study: Are Eggs Bad for Your Heart?

13 researchers published a study in the 2019 March issue of The Journal of the American Medical Association (JAMA). The point of the study was to help answer a simple question:

The team reviewed 6 different American cohort studies with a total of 29 615 adults, which revealed that every “additional 300 mg of dietary cholesterol consumed per day was significantly associated with higher risk of incident CVD”. (1) But we knew that already. What’s new is their findings on eggs, specifically.

“Each additional half an egg consumed per day was significantly associated with higher risk of incident CVD,” the scientists concluded.

In other words, people who regularly snacked on eggs were more likely to develop cardiovascular disease than people whose diets didn’t usually include eggs. Bad news for those of us who’ve been starting each morning with poached eggs.

On the Other Hand…

If you’ve been reading up on some of The Hearty Soul’s latest news, you might notice a potential red flag with the study’s conclusions. The research study, though it involves a large enough group of participants, is still based only on surveys, which tend to be not nearly as reliable as other types of data. People are not always the most reliable sources of information, even about their own habits. Their ability to accurately recall what they eat can be poor.

Dr. Leslie Cho, a preventive cardiologist at Cleveland Clinic, is quick to point this out to people who are feeling anxious about the new study.

“I can totally understand that people would be confused and frustrated. It’s a very large study with a very large number of different types of patients. These are all good things. But in general, any dietary study is fraught with difficulty because of the problem of patient recall. Do you remember what you ate last week? Because I don’t. It’s the same thing with patients,” she told CBS News.

Here’s how some experts responded to the study

A study like this will certainly stir things up. One minute eggs are horrible, they next they are not, and now they’re back to being horrible again. Frustrated? Don’t worry, you’re not alone. Often times the media may not get it completely right. Here are how some experts responded to the study below.

“This is a good, careful, study that uses appropriate statistical methods.  The results are based on a large number of people.  But it still can’t come close to answering all the questions about links between eggs, cholesterol, and death rates.”

“A fundamental issue with any study like this is that it can’t determine what causes what, only give hints and suggestions.  That’s because, for instance, there will be many other differences between people that eat many eggs and people that eat few, other than their egg consumption.  These other differences might be what’s causing higher death rates in people who eat a lot of eggs, rather than anything to do with the eggs themselves.  The researchers point out that this has been a particular problem in some previous studies, and that this may have been a reason for inconsistency in the results of those studies.”

“It’s also important to point out that the associations that they discovered are generally not very strong – the researchers themselves describe them as “modest”… “A couple more reasons for caution – both of them stated clearly by the researchers in their report.  First, consumption of eggs and of cholesterol was measured in different ways in different ones of the cohorts from which the researchers obtained their data, and, importantly, it was measured only once.  People might have changed their diets in all kinds of ways over the period of follow-up, which could have been as much as 30 years and averaged 17.5 years…”

“None of these issues are intended to say that this study isn’t good – it is very good, in statistical terms at least, in my view.  But they reinforce that this is a difficult area to research, and no single study is going to settle things…”

“There has been much debate about the role of eggs in relation to heart and circulatory disease. This study suggests that people who eat more eggs are at a greater risk of heart disease because of the cholesterol that’s in them. But this type of study can only show an association, rather than cause and effect, and more research is needed for us to understand the reasons behind this link.”

“Eating healthily is all about balance. If you’re eating too much of one thing it leaves less room in the diet for other foods that may have more health benefit.”

“Eggs are a nutritious food and, while this study focuses on the amount we’re eating, it’s just as important to pay attention to how the eggs are cooked and to the trimmings that come with them. For example, poached eggs on wholegrain toast is a much healthier meal than a traditional fry up.”

From this, you’ll see there’s more to it than simply ‘eggs are bad’ or ‘eggs are good.’ Research can get complicated, so it’s always good to take a closer look.

What’s in an Egg?

So should you kiss your family quiche recipe goodbye?

Dr. Allen offers a reassuring message: “The take-home message is really about cholesterol, which happens to be high in eggs and specifically yolks. As part of a healthy diet, people need to consume lower amounts of cholesterol. People who consume less cholesterol have a lower risk of heart disease. Eat them in moderation.”

While we’ve shared why LDL and HDL cholesterols shouldn’t be lumped into the same category, you should speak to your doctor about healthy cholesterol levels for you.

To put this in perspective, a single whole boiled egg contains 71% of your recommended daily intake of cholesterol. (3) Most people enjoy eggs at least two at a time, but swapping one of those whole eggs for just the egg whites is a simple way to cut down on cholesterol levels without sacrificing flavor. (You can use the extra yolks for a DIY hair mask or face mask to avoid waste). It’s also wise to remember that this study took look at averages. As mentioned by Professor McConway, Americans consume around 1/2 egg a day, that’s approximately 3.5 per week or 15-ish a month. If you’re not eating them every day, enjoy 2 or 3 at a time, you just have to take a look at the bigger picture. Practice balance and moderation. It’s cliche, but it’s usually what it boils down to.

Eventually, there are many factors that contribute to the quality of health. Lifestyle decisions like exercise, smoking, consumption of alcohol play a major part along with conditions related to stress and anxiety. A study like this encourages us to take a look at our diet and lifestyle on a holistic level, then make modifications and changes that are best suited for the benefit of our overall health.

Disclaimer: This information is not intended to be a substitute for professional medical advice, diagnosis or treatment and is for information only. Always seek the advice of your physician or another qualified health provider with any questions about your medical condition and/or current medication. Do not disregard professional medical advice or delay seeking advice or treatment because of something you have read here. 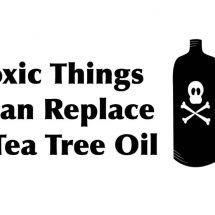 13 Toxic Things You Can Replace With Tea Tree Oil 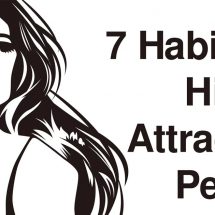