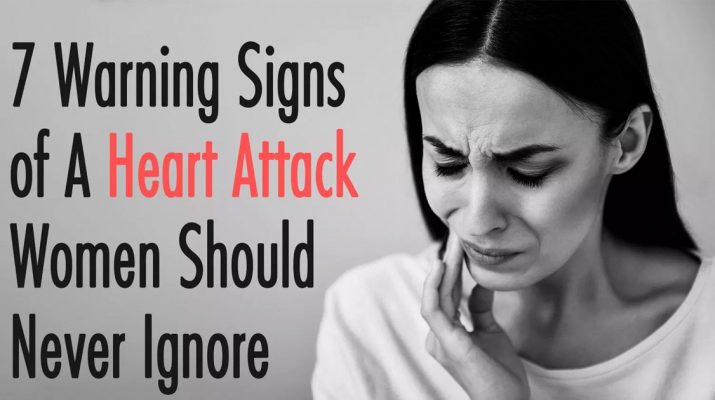 You might think that men and women experience similar symptoms before a heart attack. According to a study published in 2003, this is entirely incorrect, and now scientists and medical professionals are positive that women’s bodies show different warning signs than men.

The Centers for Disease Control and Prevention state that approximately 25% of deaths in America are a result of some form of heart disease. A whopping 735,000 of all American citizens experience heart attacks on an annual basis. More than a quarter of those incidents involve people who have had heart attacks before.

It’s safe to say that the risk of developing a heart attack is significant, and you should be taking steps to protect yourself. Don’t let yourself be caught off guard because you’re only looking for chest pain, which is an uncommon symptom in women! Here are some warning signs of a heart attack women should never ignore.

7 Warning Signs Of A Heart Attack Women Should Never Ignore

There are a variety of kinds of aches and pains that may crop up shortly before you develop a heart attack. According to medical doctor, cardiologist, and Barbra Streisand Women’s Heart Center director C. Noel Bairey Merz, any unusual types of discomfort in the upper body should not go unreported. Take your pain seriously!

Not all pain is focused in the chest when it comes to cardiac issues. This kind of pain is often called referred pain, which essentially comes from the heart but is felt in different areas. As a warning sign of a heart attack, it happens more frequently in men than women. Here are some types of pain to pay attention to.

Jaw pain and numbness can be an early symptom of a heart attack. It can feel like your teeth or gums are numb as if you’ve just come back from the dentist and the anesthesia remains strong.

Pain in the upper back, especially between the shoulder blades, is characteristic of a heart attack. It can feel sharp, or ebb and flow, and it may be accompanied by other kinds of pain.

Most commonly occurring on the left side, pain in the shoulders and arms is a very common symptom of a heart attack. Sometimes, though, it isn’t quite pain – instead, it’s a numbness that comes and goes.

Neck pain sometimes comes along with jaw pain and signals the possibility of a heart attack on the horizon.

Though less common, ear pain – especially when accompanied by neck and jaw pain – can be a sign for a heart attack due to the ears’ sensitivity.

The kind of pain or ache that signifies a heart attack differs from person to person. For some, it comes suddenly and sharply. For others, it starts gradually and becomes worse, or comes and goes. All unusual pain should be checked out by a doctor.

Shortness of breath is a common heart attack symptom. This happens as a result of blocked arteries, which limit the transport of oxygen around your body’s system. In addition, a heart that is on the verge of a heart attack will not be strong enough to help push the blood through these arteries. This will cause fluid buildup in the lungs, thus causing breathing issues.

You may also notice that you need to prop yourself in a more upright position when sleeping so you can breathe more clearly. You might find that you have trouble taking deep, long breaths. Additionally, you may find it hard to catch your breath at all. Essentially, you’ll feel like you’re climbing a mountain, but you won’t be moving much.

Difficulty breathing is always a sign of a potential medical emergency – and it could mean you’re experiencing a heart attack. Head to the doctor immediately.

There is rarely ever a positive reason for sudden sweating out of nowhere. This unexpected and seemingly random symptom can be a huge sign that a heart attack is on the rise. It may feel stress-related, as opposed to a sweat you might get from working out or being in a hot environment.

These sweats may also be cold and make you feel nervous, or be accompanied by anxiety. In these cases, it’s advisable that you get yourself checked by a doctor as soon as possible. In addition, sudden cold sweats, accompanied by dizziness, is a symptom that 40% of women will have right before a stroke; so even if it’s not a heart attack, it could be something else!

A very recent study in the journal circulation involved the examinations of men and women who had suffered a heart attack prior to the age of 55. Findings revealed that around 2 out of 3 women are positive they had faced upper-abdominal trouble prior to the attack’s onset. This included issues such as stomach discomfort or pain, indigestion, and nausea.

Stomach pain and indigestion often go overlooked by people who suffer them. This is because they can be caused by so many different things, and a heart attack isn’t typically among the options you’d think about. But sometimes, this pain can develop into an extremely heavy pressure.

As for nausea and vomiting, these are very common heart attack symptoms. A woman may also experience some degree of dizziness or lightheadedness that causes nausea. Essentially, all forms of gastrointestinal issues are much more common as warning signs of a heart attack than women than in men. So if you notice anything unusual, contact your doctor.

Everyone knows that all-out chest pain is an extremely common symptom of a heart attack. Most people who experience severe chest pain will ultimately decide to go to the hospital.

But in women, this pain may not ever come, says Master of Public Health and lead study researcher Dr. Judity Hilevi Lichtman. Instead, it may be replaced by odd discomfort or strange sensations localized over the chest.

Many women describe their symptoms as something akin to pressure or tightness over their chest. Some may also feel some sort of funny chest tingling or something that feels like mild electricity shooting out from a spot in their torso.

There are countless diseases that have symptoms best described as flu-like. This is because many viruses that cause non-fatal flu-like conditions are simply the immune system attempting to fight a disease.

The trouble with this generic group of symptoms is that because they are so common and usually relatively harmless, many people overlook them. These may include, but are not limited to:

Many women experience flu-like symptoms leading up to a heart attack. The trick is to pay attention and notice if this “flu” feels different. Is it more intense? A little different, in a way you can’t put your finger on? Your best bet is to speak to a doctor. Even if it is just the flu, odd, unusual symptoms shouldn’t be brushed aside as nothing!

Around 70% of women will feel more tired than usual in the month leading up to a heart attack. They might notice that this fatigue seems to center around the chest area. The exhaustion can be severe enough that they find difficulty in doing simple, everyday things, such as walking around their homes.

According to cardiologist, Doctor of Osteopathic Medicine, and author Suzanne Steinbaum, many women make the mistake of dismissing tiredness such as this. This is because women may be accustomed to feelings of fatigue during PMS and associate this exhaustion with their menstrual cycle.

Some examples of tiredness you’ll want to keep an eye out for are:

Of course, fatigue can happen for many reasons. So if you’re feeling run down, it doesn’t necessarily mean your heart is in danger. But if no amount of rest makes you feel less tired, you feel your exhaustion getting worse and worse, or you can barely even roll over in bed, it’s time to speak to a doctor. Even if it isn’t a heart attack coming on, progressive tiredness is not healthy!

Heart attacks are dangerous and can often result in fatalities. If you experience any of these 7 warning signs of a heart attack women should never ignore, call 911 immediately or have a trusted family member rush you to the hospital.

Even if you don’t have a visible heart attack, 20% of cases of heart attack are silent and unnoticed from the outside, but do plenty of damage within. Keep yourself aware and know it is better to be safe than sorry!

Keep in mind that many of these symptoms crop up a full month before a full-blown heart attack occurs. It’s important to discuss the meanings behind these symptoms with your doctor to ensure that you are healthy and steps can be taken to prevent damage. 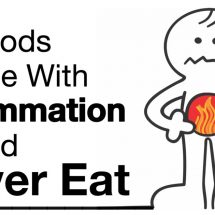 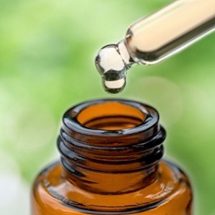 Saffron and Depression : Here’s All You Need to Know