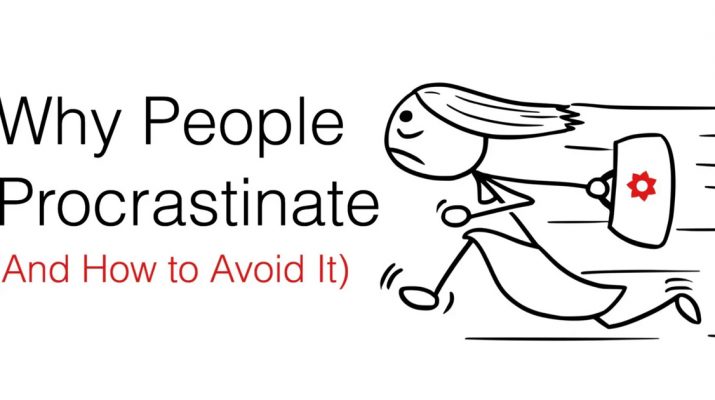 : to put off intentionally and habitually

: to put off intentionally the thing of something that should have been done

We’re all guilty of it; we’ve all felt the dreaded presence of some unfinished task seemingly chipping away at our very consciousness. It’s uncomfortably persistent – this is procrastination.

So why do we subject ourselves to such emotions?

Well, there are a couple of big reasons. For 99 percent of the population, work sucks. Work is the antonym of fun or freedom. Work is often viewed (neither rightly or wrongly) as a means to an end – nothing less and nothing more. We have bills and responsibilities, both of which require money. Money requires work – it’s a catch-22.

The good news is that we needn’t feel this way. We need not feel the chronic, internal pain that procrastination manifests. How is this possible? By understanding the rationale behind why we procrastinate and doing something about it.

The above paragraph brings us to the topic of this article. We’ll discuss four main reasons why we procrastinate and (most importantly) what we can do about it.

Here Are Four Big Reasons Why We Put Things Off:

Not having any semblance of structure to our routine breeds procrastination. Even in today’s “organized” workplace, it’s easier than ever to choose delay over decision making. Needless to say, technology (read: social media, smartphones, and the internet) dangles the carrot of self-gratification closer to our collective faces.

The point? We’ll sometimes override the rational mind, which subtly whispers, “get this done” for a quick shot of endorphins (via IM, YouTube, web-surfing, etc.)

This, of course, is not an organized way of living. It is also counterproductive to the utmost.

Solution: (This from a self-proclaimed impulsive who learned the hard way. Schedule things. Keep a clock or watch on your desk – and resolve to go one day at a time diligently keeping on track. This is a habit, and one that you’ll learn quicker than you think!)

Any work that’s perceived as boring, uninteresting, or unpleasant is ripe for deferment. We’ll even attempt to rationalize why something should be put off (“I’ll have plenty of time tomorrow morning/afternoon/evening, right?”) Meanwhile, our logic is face-to-face with the sexiness of base desires.

Think of the handsome and beautiful bachelor or bachelorette who realistically knows and feels when someone is not right for him or her. Yet, this “someone” creates an inexplicable sense of exhilaration and novelty they’ve never experienced. So, they “rationalize” and “compromise” with themselves. Maybe they’re sick of dating. Maybe they’re getting older, etc.

Popular  Adrenal Fatigue: What Is It? Plus 3 Steps to Overcome Naturally

A redundant task, whether it’s work or dating, is so easy to put off – and many of us do just that.

Solution: Gentle discipline – that’s all. Listen, we all have jobs, duties, and responsibilities that we don’t like doing. But you can make a choice to move forward in any case. Gentle discipline is nothing more than concentrating your mind on the task at hand – and (most important) gently redirecting your mind’s focus when it strays off course. Over time, your self-discipline will become stronger – and you’ll reap incredible rewards!

Procrastination (i.e., avoidance) is a method of coping with anxiety and stress. Perhaps we feel an impending sense of failure or fear, which is the case more often than not.

Stress sucks and is potentially harmful to both mind and body. It’s only natural, then, that we seek reprieve from anxiety, stress, and worry. We all attempt to liberate ourselves of stress – in its myriad forms – to some degree or another.

Once again, our basic instincts will try to control decision making. We’ll look for immediate rewards and all the “benefits” that such rewards bring. Of course, “Option B” is often worse than if we faced the source of anxiety in the first place.

Solution: Understand that anxiety is nothing but a theatricality of the mind. Second, it is important to find an outlet to reduce anxiety that’s in the best interest of both you and your aspirations. Self-gratification is too often a recipe for both regret and lower self-esteem.

4. Lack Of Ability Or Confidence

Another universal propensity of human beings is self-doubt. For people with low levels of self-confidence, this is a potentially debilitating experience. So, rather than get to the root of the problem, some of us will avoid it altogether.

Once again, this is another certain facet of life. Some experiences, though they may be painful, often reap more (sometimes intangible/unnoticeable) rewards than not having gone through them in the first place.

Solution: Set small goals and do the best you can to achieve them. Acknowledge that you’re lacking confidence and move forward despite it. One of two outcomes is a certainty: (a) you’ll “succeed” and gain more confidence, or (b) you’ll “fail,” but become a stronger person as a result. Notice that option (b) is still a success!

A great quote to remember:

“A man who procrastinates in his choosing will inevitably have his choice made for him by circumstance.”

Popular  10 Signs of Depression in Children to Never Ignore

Choose YOUR circumstance – as this is where real freedom lives. 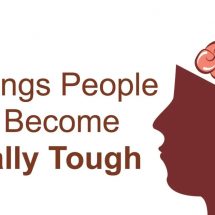 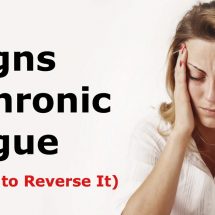 7 Signs of Chronic Fatigue (And How to Reverse It) 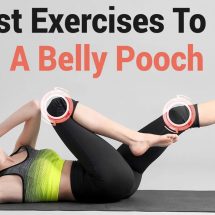